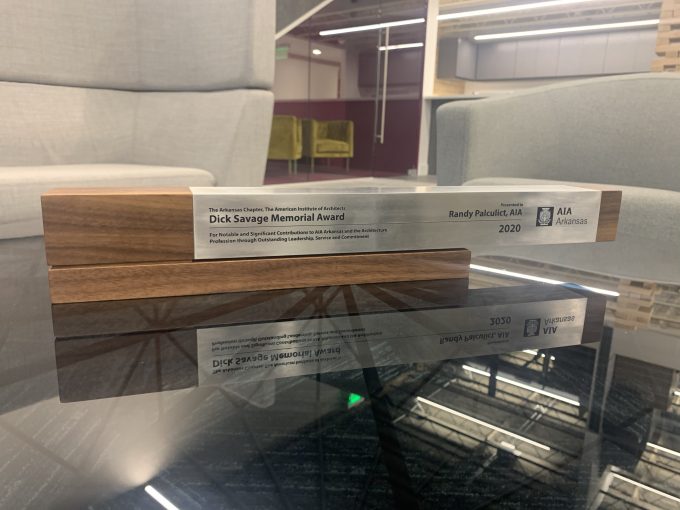 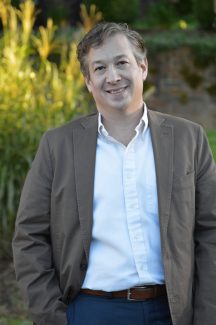 Little Rock, Ark.- Randy Palculict with Jackson Brown Palculict Architects received the Dick Savage Memorial Award during this year’s AIA Arkansas Design Awards held virtually on Thursday, October 22, 2020.  This award was given to recognize a member of the Arkansas Chapter who has made notable, significant contributions to AIA Arkansas and the profession.

Palculict has served the AIA, and the profession at large, since entering practice nearly twenty years ago. His service to the chapter includes 10 consecutive years serving on the AIA Arkansas Board of Directors from 2009 to 2019, as President in 2018.   Palculict’s service to the profession and community include co-founding the Emerging Green Builders, volunteer work for Arkansas Children’s Hospital Foundation, volunteering for Architecture and Design Network and membership on numerous AIA Arkansas committees.  He is currently serving as Secretary on the STEM Coalition Board of Directors.

Palculict always aspired to design and construction of the built environment and majored in Civil Engineering for 3 years before enrolling in the School of Architecture at the University of Arkansas. He graduated with a Bachelor of Architecture in December 2002 and moved to Little Rock, AR, where he began his architecture career. He began working at Brooks Jackson Architects in January 2003 and continues to practice at the same firm now named at Jackson Brown Palculict Architects.

Randy and his wife Desiree reside in Little Rock, Arkansas and have one daughter, Ava.