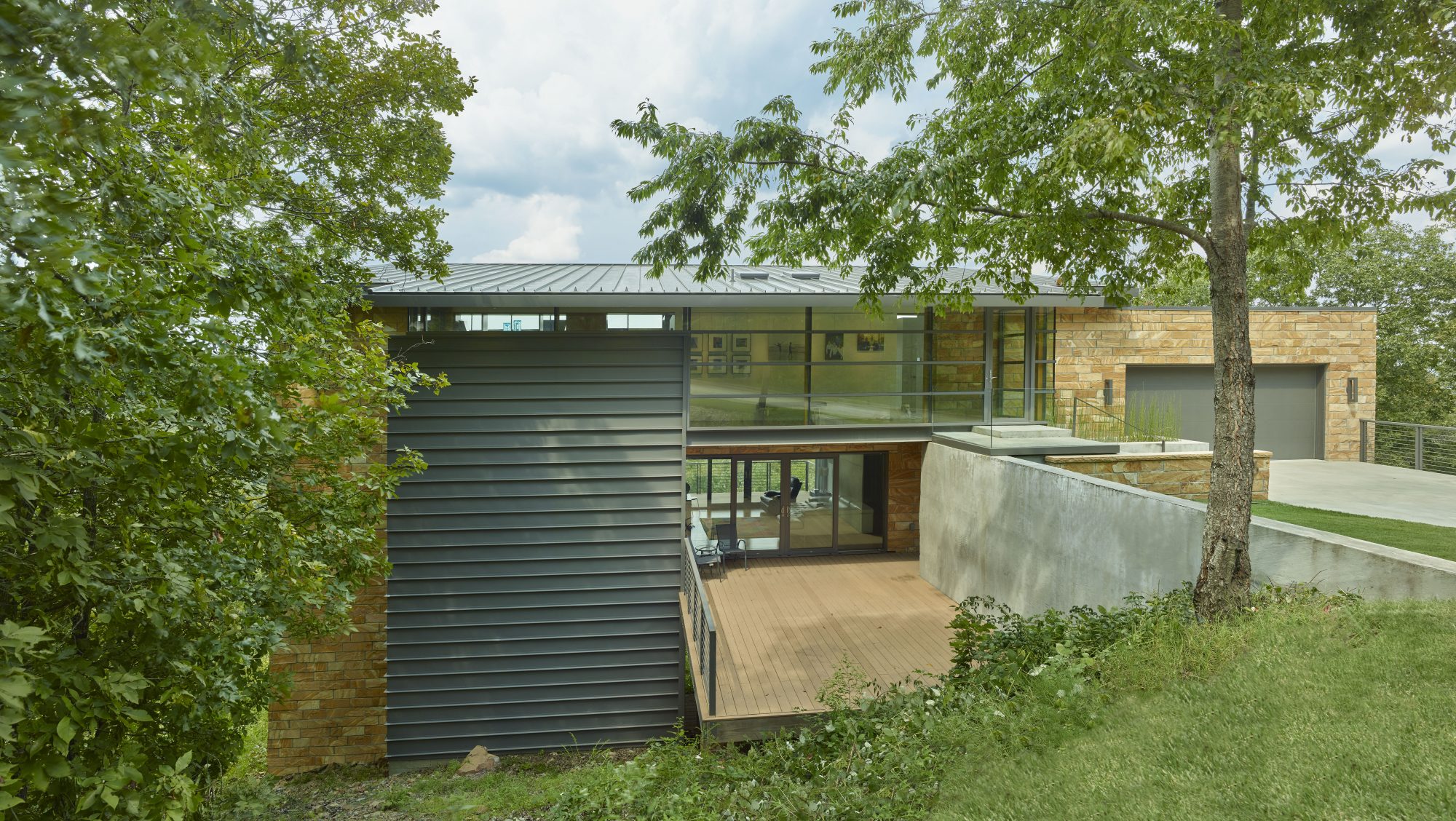 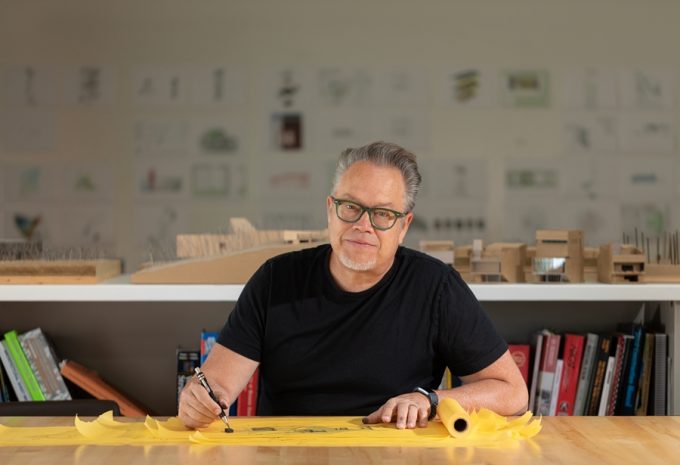 FAYETTEVILLE, Ark. – Marlon Blackwell is the 2020 Southeastern Conference Professor of the Year. Blackwell is the first faculty member from the University of Arkansas to receive the SEC’s highest honor for faculty, announced by the conference Monday, April 20.

The SEC Professor of the Year Award is given annually to one SEC faculty member whose record of teaching and research places him or her among the elite in higher education. Winners are selected by the SEC Provosts from among the 14 SEC Faculty Achievement Award recipients. The SEC is also providing Blackwell with a $20,000 honorarium.

Blackwell is a Distinguished Professor and the E. Fay Jones Chair in Architecture at the University of Arkansas, where he has taught since 1992. A Fellow of the American Institute of Architects, Blackwell also received the 2020 AIA Gold Medal – the institute’s highest honor – recognizing architects with enduring impacts on theory and practice. He is founder and co-principal at Marlon Blackwell Architects, an architecture and design firm based in Fayetteville.

“Across every area in which a faculty member can contribute to our mission – teaching, research, service – Marlon sets the standard and exceeds expectations,” said Chancellor Joe Steinmetz. “His contributions to the field of architecture, dedication to students and service to the campus and community are truly extraordinary. He has received the highest honor in his field as a professional architect while providing life-changing opportunities for students through architectural education.”

Earlier this month, Blackwell received the 2020 SEC Faculty Achievement Award for the University of Arkansas, recognizing his record of extraordinary teaching, particularly at the undergraduate level, as well as a record of research that is recognized nationally and internationally.

“The SEC Professor of the Year Award provides a special opportunity to recognize one of the many SEC faculty whose commitment to students remains undeterred, even while they also make meaningful contributions in their fields,” said Greg Sankey, SEC Commissioner. “Professor Blackwell is a shining example of the caliber of educator encountered by SEC students, and he exemplifies all that we expect a faculty member to be in the Southeastern Conference.”

Blackwell received the 2012 American Academy of Arts and Letters Architecture Prize, was selected as a U.S. Artists Ford Fellow in 2014, and was inducted into the National Academy of Design in 2018.

For nearly three decades, Blackwell said, he’s worked to be a liaison between the academy and the profession, while representing the value of the creative arts and their influence and relevance to larger society and to the larger community of academics.

“I put a lot of work into the teaching and into trying to be a good colleague at the university in a variety of roles. So, to see the teaching and the creative research together recognized – that’s pretty rare for me. Usually it’s one or the other,” Blackwell said. “To represent the University of Arkansas in this consideration of all the professors at these other incredible institutions that make up the SEC, and then to be selected as an exemplar in some way on behalf of the conference – it’s a huge honor and was really unexpected.”

In the Fay Jones School, Blackwell served for six years as head of the Department of Architecture, leading the development of the department’s Integrated Design Studio, the capstone experience in the professional curriculum. He also co-founded the annual Mexico Summer Urban Studio.

“The Fay Jones School and the University of Arkansas has been the setting for Marlon’s cultivation of this ethos as an educator, and for his refinement of a reflective pedagogy emphasizing the specifics of place – of culture and climate, materiality and construction – and the necessity of ordering principles – of proportion, typology and composition. In so doing, Marlon has extended the legacy of our namesake, the renowned architect-educator E. Fay Jones, and in his own work, has transformed an entire generation of Arkansas architects now practicing, teaching and serving communities across the nation. The school is proud to have supported Marlon for nearly 30 years and is privileged by his presence.”

Blackwell has served as visiting professor at Cornell University, the University of Florida, the Massachusetts Institute of Technology and the University of Texas at Austin, among others. He was the 2018-2019 William A. Bernoudy Architect in Residence at the American Academy in Rome. He also regularly serves on design award juries and as a visiting critic around the United States.

His monograph, An Architecture of the Ozarks: The Works of Marlon Blackwell, was published in 2005 by the Princeton Architectural Press, and his new monograph, Radical Practice, will be released in 2021.

Blackwell was selected by The International Design Magazine in 2006 as one of the ID Forty: Undersung Heroes and as an “Emerging Voice” in 1998 by the Architectural League of New York. He was named among the 2015 “30 Most Admired Educators” by DesignIntelligence, and in 2017, he received the E. Fay Jones Gold Medal from AIA Arkansas.

Blackwell’s firm received the 2016 Cooper Hewitt National Design Award in Architecture, was ranked No. 1 in Design in the 2016 Architect 50 – a national survey of architecture firms – and was recognized as the 2011 Firm of the Year by Residential Architect. The firm has garnered more than 140 national and international awards, including 15 national AIA awards in eight different categories.