As the 92nd General Assembly winds down, the state Legislature has made quick progress on the two remaining executive priorities of transformation and transportation.

Gov. Asa Hutchinson signed into law Senate Bill 336 that increases fuel taxes on gas and diesel fuel at the wholesale level and ups registration fees for electric and hybrid vehicles. SB336 is intended to raise $92 million in additional revenue for highway maintenance that will be coupled with the $290 million projected to be raised if Arkansas voters make the current ½-cent sales tax for highways permanent in the 2020 election.

The government transformation bill, House Bill 1763, passed the House 82-0 with 18 recording not voting or present votes. This bill receives the “heaviest lift bill of the session award” consisting of 2,049 pages. SB1763 has moved on to the Senate and has been referred to the State Agencies & Governmental Affairs Committee.

Although our Legislative Committee has been actively monitoring the over 2,000 separate pieces of legislation this session, architects, so far, have not been an active target. Several bills have cleaned up language in State Procurement Laws and have changed competitive bidding thresholds. Our committee did come out against SB281, a bill that requires persons performing work under a state contract to verify the number of hours worked on a computer.  Not only did we feel like installing a third-party monitoring software could potentially damage our systems security but also computer usage in the “creative process” is NOT the same as keystrokes in the data entry field that can more easily be verified.

AIA Arkansas did take a supportive stance on SB145, a bill designed to amend certain definitions under the Arkansas Renewable Energy Act.  This bill contained elements that enhanced the current net meeting structure in our state as it relates to solar power generation and will benefit our state in the creation of clean sustainable sources of energy.  This bill was signed by the governor and is now Act 464. Our committee has remained relatively neutral on all other bills that we have been closely watching throughout this legislative session. In most cases, we have been able to work directly with the legislators to modify or suggest language in the bills that can have a positive impact for our profession.

As the session comes to a close, the Legislative Committee will stay vigilant and continue to monitor any legislation that lawmakers may be attempt to speed through the process. If you have any comments or concerns please feel free to email me at mlejong@mahgarch.com. 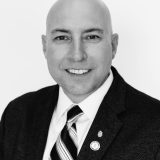