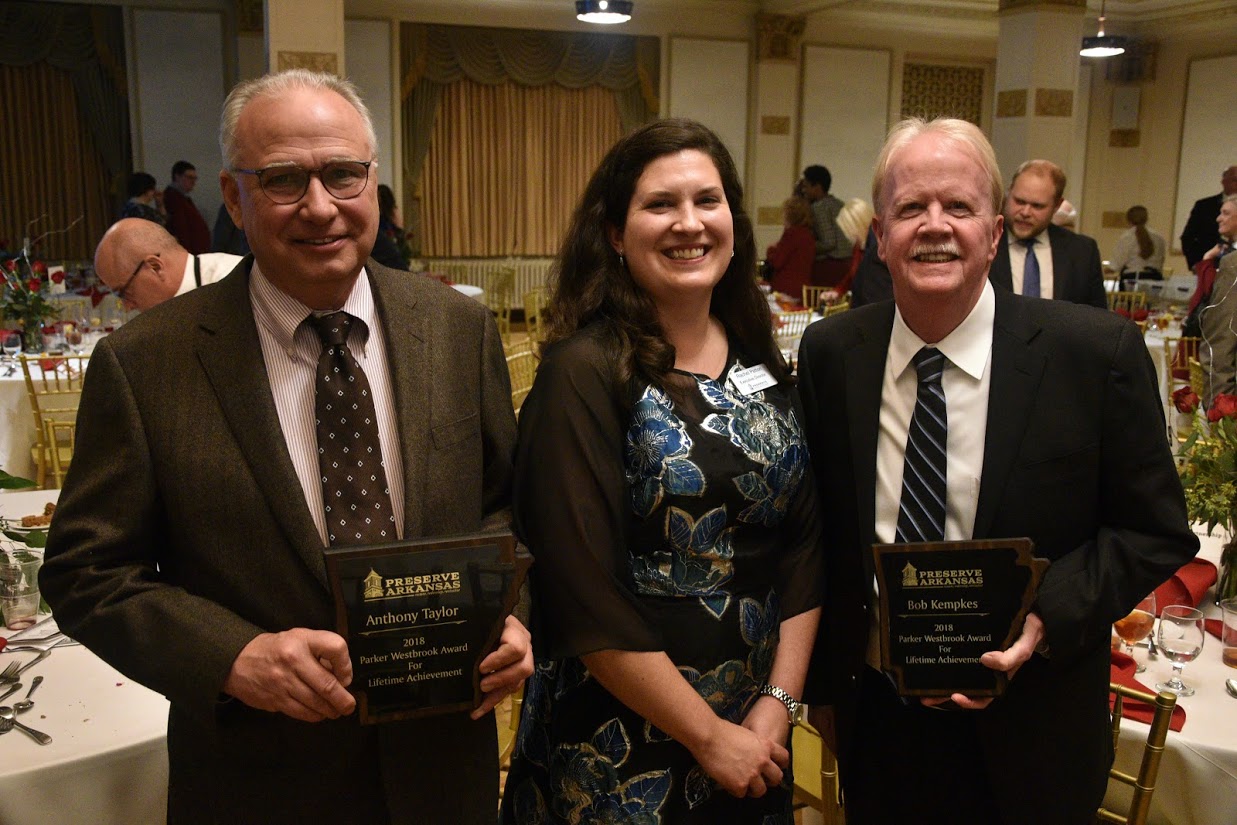 Preserve Arkansas, the statewide nonprofit advocate for historic preservation, honored the recipients of the 2018 Arkansas Preservation Awards on Jan. 25 at the historic Albert Pike Memorial Temple in Little Rock.

Preserve Arkansas Chairman Rachel Patton says the honor – awarded in 2017 to Little Rock architect Tommy Jameson, AIA – was a no-brainer. “It was just a matter of time. Their accomplishments are so many that they are well-deserving of the Parker Westbrook Award,” she said. “They’ve done so many projects in Hot Springs and around the state. When they moved to Hot Springs in 1986, nothing was happening downtown. They were real visionaries to get something going and encouraging the rehabilitation of buildings downtown.”

Taylor and Kempkes founded Taylor/Kempkes Architects, P.A. in 1986 at Hot Springs. Over the years, Taylor and Kempkes have demonstrated a strong commitment to the preservation of the state’s built environment and the revitalization of downtown Hot Springs. Their notable Hot Springs projects include the restoration and/or rehabilitation of the Mountain Valley Spring Company Building, Old Post Office, Quapaw Bathhouse and the Thompson Building.