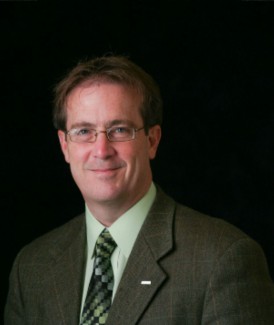 he 2016 Jury of Fellows of the American Institute of Architects (AIA) elevated Blake Dunn to its prestigious College of Fellows, an honor awarded to members who have made significant contributions to the profession.

Blake Dunn will be honored at an investiture ceremony at the 2016 National AIA Convention in Philadelphia.

The Fellowship program was developed to elevate those architects who have made a significant contribution to architecture and society and who have achieved a standard of excellence in the profession. Election to fellowship not only recognizes the achievements of architects as individuals, but also their significant contribution to architecture and society on a national level.

Out of a total AIA membership of nearly 88,000, there are fewer than 3,100 distinguished with the honor of fellowship and honorary fellowship.

Blakely C. Dunn, FAIA is president of CADM Architecture, Inc. in El Dorado, an 80 year-old firm with hundreds of projects successfully completed in Arkansas, Florida, Illinois, Kentucky, Louisiana, Mississippi, Montana, Oklahoma, Texas, and Wisconsin. Blake was a three-time appointee to the Arkansas State Board of Architects by Governor Mike Huckabee, and served for 8 years on the Board of Directors of the National Council of Architectural Registration Boards. He was the 2014 President/Chair of the Board of NCARB and only the second Arkansan to hold that position (Sid Frier, 1983) and the second-youngest NCARB President since its founding in 1919. In addition to being awarded the AIA Arkansas E. Fay Jones Gold Medal in 2015, Blake has received the 2015 NCARB President’s Gold Medal for Distinguished Service for his leadership in designing and implementing the recently-enacted overhaul of the Intern Development Program (IDP), the 2013 President’s Medal for Distinguished Service by the Federacion de Colegios de Arquitectos de la Republica Mexicana (FCARM) and the 2013 Honorable Contribution Award from the Consejo Nacional de Registro de la Certificacion Professional (CONARC) for his efforts in negotiating and signing the Tri-National Mutual Recognition Agreement with Mexico and Canada to facilitate international practice. He is a graduate of Louisiana Tech University.

Congratulations to Blake Dunn on this momentous achievement!