Over 3,000 votes were cast to determine which Twenty-Five Year Award winner should be deemed the epitome of architectural excellence.

After five rounds of voting, Thorncrown Chapel, in Eureka Springs, Ark., by E. Fay Jones, FAIA, is the winner of this year’s Arch Madness.

When ARCHITECT compiled the initial list of buildings, we wanted to provide a selection that was both timeless and exudes the best architectural design. We based the 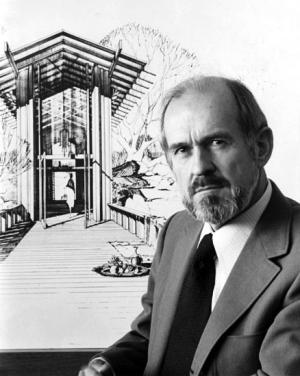 tournament on the AIA’s Twenty-Five Year Award list, and listed the 32 most recent winners. Over the past week and a half, readers cast more than 3,000  votes over the course of five rounds of eliminations.

The final match put Louis Kahn’s Salk Institute against E. Fay Jones’ Thorncrown Chapel. In the end, Jones’ sanctuary beat out Kahn’s research laboratory campus about 60 percent to 40 percent. At about 2 p.m. yesterday, the two structures were evenly tied, and then a surge of votes came in for Jones’ wood-framed masterpiece before the 5 p.m. cutoff—an impressive feat, considering Kahn had four projects within the entire match-up. Jones’ structure also beat out Frank Lloyd Wright’s Guggenheim Museum, to whom he was an apprentice. Then again, Jones is the only student of Wright’s to receive the Gold Medal from the AIA.