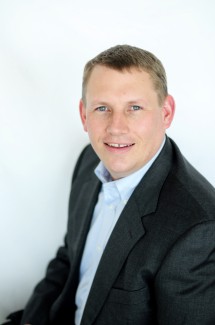 Polk Stanley Wilcox Architects announces that Dustin Davis, Associate, has been named a 2014 LEED Fellow by the U.S. Green Building Council (USGBC). This year’s 48 Fellows are recognized for their exceptional contributions to the green building community as well as for their significant achievements among LEED Professionals.

“The 2014 LEED Fellows are utilizing their extensive knowledge and experience in green building to engage their colleagues, clients and communities to create a better built environment throughout the world,” said Rick Fedrizzi, president, CEO and founding chair, USGBC. “We recognize Dustin Davis’s commitment to LEED and celebrate HIS individual achievements.”

To be selected, LEED Fellows are nominated by their peers, undergo an extensive portfolio review, must have at least 10 years of experience in the green building industry, and hold a LEED AP with specialty credential, among other requirements. This designation honors outstanding professionals who have demonstrated mastery-level technical knowledge and skill; exceptional leadership in the green building community; a history of sharing best practices through teaching and mentoring; and an ongoing commitment to service and advocacy for green building and sustainability. The evaluation process is carried out by the LEED Fellow Evaluation Committee and supported by the Green Building Certification Institute (GBCI). LEED Fellow is the most prestigious designation awarded by the USGBC and is selected from over 193,000 LEED APs throughout the world. As one of 176 LEED Fellows, he will serve as an ambassador, applying his knowledge and experience to advancing the vision of green building for all within this generation.

A founding member of the USGBC Arkansas Chapter, which he has served multiple roles with since, Dustin also holds the designation of being one of the first LEED APs in the state in 2002. He has helped with the certification of several LEED Certified buildings in Arkansas. Dustin is an AIA member and holds a National Council of Architectural Registration Board Certification. He joined Polk Stanley Wilcox in 2001 to oversee the firm’s “Green Building” efforts, beginning with the LEED Certification effort for the Heifer International World Headquarters (Platinum v2.1 2007) and William J. Clinton Presidential Library (Silver v2 2004, Platinum-EB v2, 2007). Most recently he has worked on the LEED Gold Certification for the Central Arkansas Library System, Hillary Rodham Clinton Children’s Library & Learning Center and the University of Arkansas, Vol Walker Hall & the Steven L Anderson Design Center Renovation and Addition. In addition to his firm responsibilities, Dustin is the founder of the Arkansas Green Schools Challenge, which has reached over 100 schools state-wide in four years. Dustin is currently serving as a National Chair for the Center for Green Schools, helping to advise the center and coordinate efforts with the Green Schools Chairs in Arkansas, Alabama, Taxes, Louisiana, Mississippi and Oklahoma.

Dustin Davis will be recognized with the rest of the 2014 LEED Fellow class at the Greenbuild International Conference and Expo in New Orleans from October 22-24, 2014.

See the full list of LEED Fellows in the USGBC press release below.