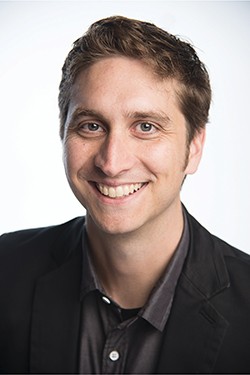 His firm is at the vanguard of the boom in student housing in Fayetteville. Between what’s already been completed and what’s in progress, Modus has served as principal or design architect on seven large-scale apartment complexes that are transforming the landscape around the University of Arkansas.

“A really important part of being an architect is community building,” he said.

A disciple of famed architect Marlon Blackwell, Kentucky-born Baribeau emerged from the UA Fay Jones School of Architecture in 2003 and co-founded Modus with Josh Siebert in 2008.