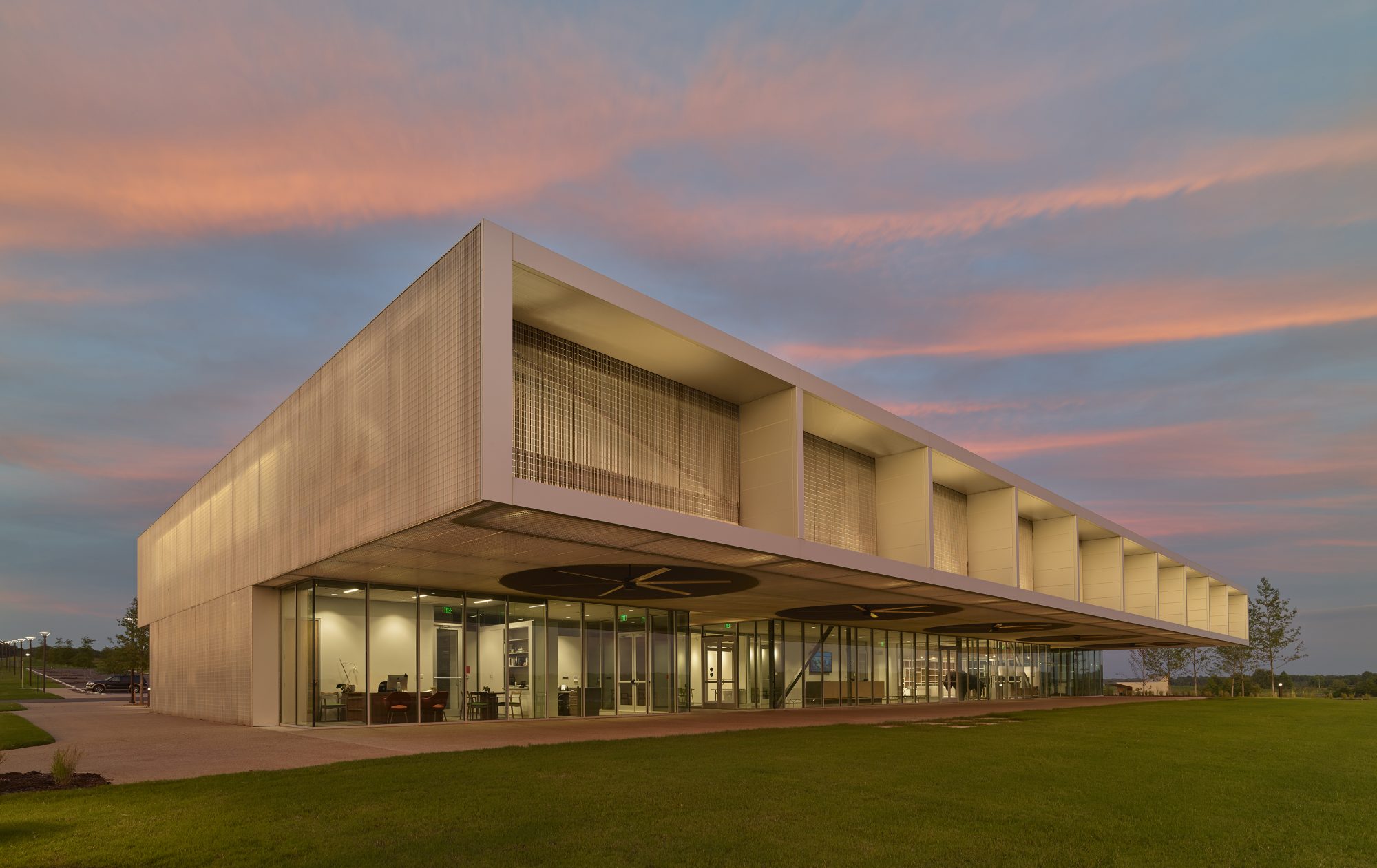 Fay Jones School of Architecture students and faculty have a unique opportunity to be involved with the public display of a 60-year-old house designed by Frank Lloyd Wright.

The Bachman Wilson House, built in 1954 near the Millstone River in New Jersey, recently was acquired by Crystal Bridges Museum of American Art in Bentonville. It will be disassembled and transported to the museum’s 120-acre grounds, where it will be reconstructed. This home is one of Wright’s “Usonian Houses,” a group of 60 middle-income family homes that were typically small, single-story structures with no garage and minimal storage. They used native materials, flat roofs and cantilevered overhangs, and emphasized a strong visual connection between interior and exterior spaces.

In this collaboration with Crystal Bridges, Fay Jones School students and faculty will design, develop and fabricate a small architectural interpretation pavilion for the Bachman Wilson House reconstruction on the museum grounds.

During spring and summer semesters this year, Santiago Perez, assistant professor of architecture and the 21st Century Chair in Integrated Practice, will lead the first and second phases of the project in a Design-Fabrication Studio. Angela Carpenter, a visiting assistant professor of architecture, will collaborate with Perez during the spring semester. Eleven fifth-year students are participating in the spring studio.

This pavilion will be a full-scale, enclosed structure from which students of the Fay Jones School will be able to see the reconstruction of the Wright house, which is slated to begin this spring and will last about 15 months. Once reconstruction is complete, the nearby pavilion will be used by the museum as a place where museum visitors can learn more about the Wright home.

In addition, during the fall semester, Fay Jones School students will analyze and document the reconstruction of the house for inclusion in the Historic American Buildings Survey. The survey, begun in 1933 as the nation’s first federal preservation program, documents America’s architectural heritage. That collection resides at the Library of Congress in Washington, D.C. Working from the newly built pavilion, students will record and measure the Wright house and its contents during the reconstruction phase, with the aim of producing exhibition quality drawings, models and diagrams of the house. They also will craft the historical narrative that establishes the significance of the structure in American art and architecture history.

This yearlong project will give Fay Jones School students the opportunity to immerse themselves in the legacy of Frank Lloyd Wright through one of the finest examples of his “Usonian Houses.” They will interact with this 20th century innovation in architecture while applying concepts of contemporary critical practice and current architectural research methods.

“Obviously, we are thrilled to collaborate with Crystal Bridges in what surely will be a watershed moment in making the chronicles of American life – embodied in its domestic architecture – all the more meaningful through this incredible work by Frank Lloyd Wright, the Bachman Wilson House,” said Ethel Goodstein-Murphree, interim dean of the Fay Jones School. “For our students, in particular, creating the interpretation pavilion and documenting this residential gem affords a rare opportunity for learning how to build for the future through engaging with the past.”

Through the pavilion they build, students also will help provide a way for museum visitors to experience and understand the architectural style of Wright.

“In acquiring the Bachman Wilson House, a wonderful example of Wright’s ideal for the American house, the museum’s intent is to make it available for scholarly study and public appreciation,” said Rod Bigelow, executive director of Crystal Bridges. “We are pleased to be able to involve students in this process from the onset and in a way that not only will enhance their education, but will make the installation of the house more accessible to the public as well.”

Wright was a mentor to Fay Jones, an Arkansas native who was the first dean and a longtime professor in the Fay Jones School. Jones became an apprentice at Wright’s Taliesin East and a member of the Taliesin Fellowship.