WORKING IN THE EYE OF THE SUN:
Photographing the Vernacular Architecture of Arkansas

The lecture will be preceded by a reception at 5:30 p.m. 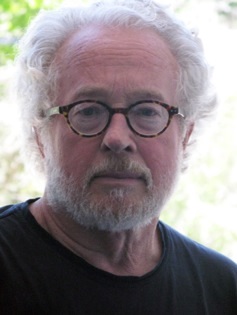 “The true basis for any serious study of architecture lies in those indigenous, more humble buildings everywhere that are to architecture what folklore is to literature….”     ~ Frank Lloyd Wright

Arkansas has its share of vernacular architecture, everyday structures built  by and for ordinary people, architecture without architects, so to speak. Working in the early eighties with Professor Cy Sutherland of the University of Arkansas School of Architecture, Geoff Winningham traveled throughout the state, identifying and photographing vernacular forms – houses, barns, silos, churches, schools, stores and more. Many of these buildings no longer exist.

Selections from his  collection of hundreds of black and white images of those structures,  plus interviews with  people long familiar with them,  are the makings of  “OF THE SOIL”,  a book just published  by the University of Arkansas Press.  Professor Jeff Shannon of the Fay Jones School of Architecture, served as its editor. Winningham will share a number of those images with his audience when he talks  about Arkansas’s vernacular architecture.

Winningham, who joined  the Department of Art and Art History at Rice University in 1969, teaches photography there. The recipient of two Guggenheim fellowships and numerous grants, he is widely regarded  for his photographs and documentary films as well as a series of  seven books dealing with Texas and Mexican culture.