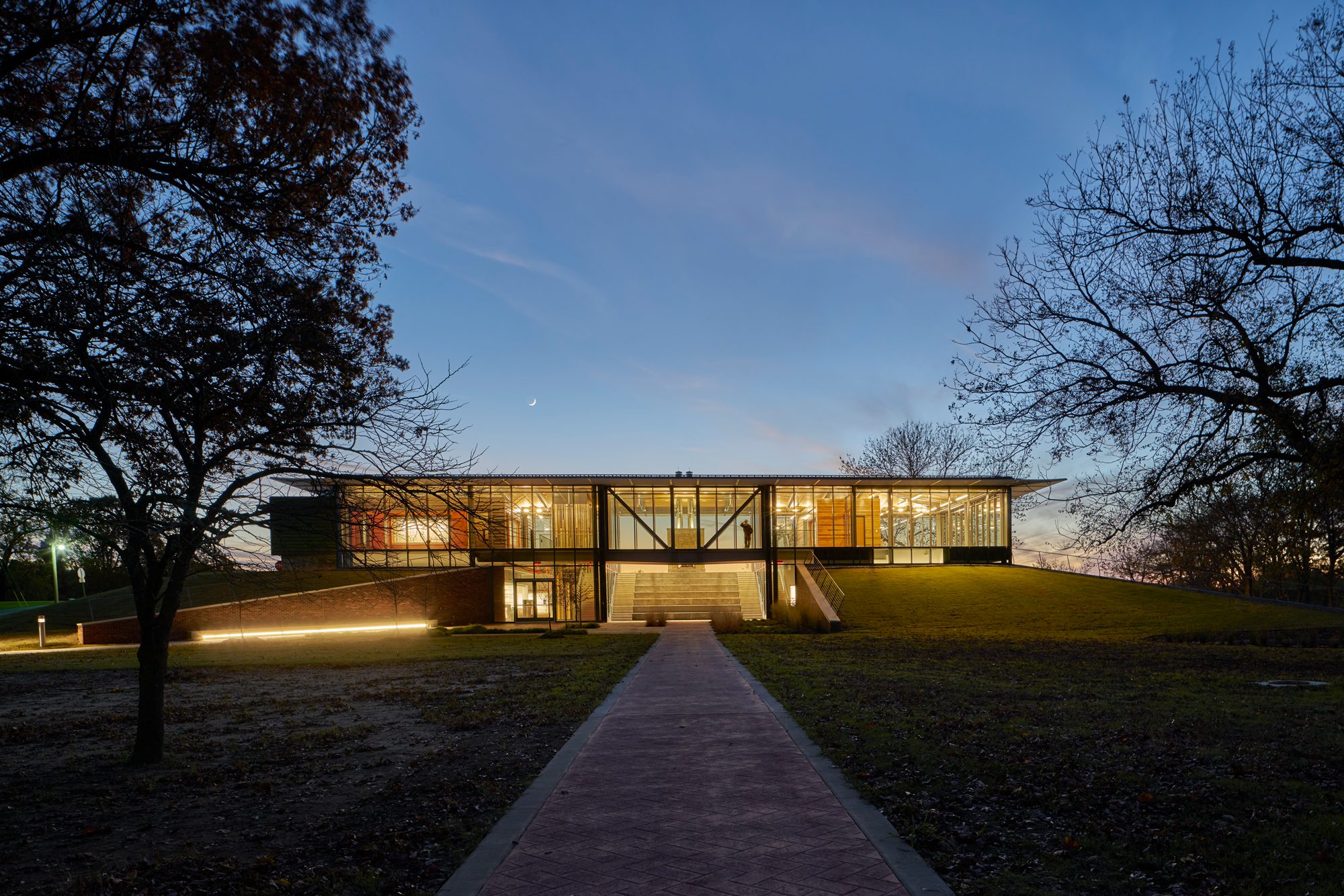 Situated at the confluence of Arkansas' White and Black Rivers, Jacksonport was a thriving 1800’s port town serving steamboats that held up to 200 passengers. Because of its accessibility to the Arkansas and Mississippi Rivers, Jacksonport was a Civil War strategic stronghold, being held five different times by Union and Confederate forces and serving as each general’s headquarters. Most importantly, Jacksonport was the location of the Confederacy’s surrender of Arkansas. In 1872 a beautiful Courthouse became the town’s centerpiece and county seat. When the railroad bypassed Jacksonport and river commerce waned, the town suffered. Devastating floods led to levee construction that forever separated town from river. In the 1960’s, to save from demolition the only historically significant structure left, the courthouse, a new State Park was established. Visitors, however, were still separated visually from the river. While our task was to design a functional Visitor Center, our challenge was to create a stage to experience and engage both river and town, past and present.

Public charettes revealed expected desires for visually replicating structures like a steamship, an 1800’s saloon/hotel, or a dock & warehouse…but the inability for authenticity within the present site drastically altered by the levee changed the focus from “being seen” to “seeing history”.

Lifting the park up physically and visually (even with Corps of Engineers restriction of not building within 15’ of the levee) to see both river and park simultaneously became paramount. The War’s history, two entities becoming one, generated a diagram drawn from another historic Arkansas structure, the “dog-trot”. Conceived as a modern dog-trot, the new Visitors Center juxtaposes two glass cubes imbedded in the earth representing the divided North and South under one roof connected by a bridge...a symbol of reunification. Underneath, a covered outdoor classroom allows visitors to climb above levee height to view the river for the first time since levee construction, extending the park experience visually to the water.

We call the Visitor Center our “Miesian dog-trot”, but it’s really a modern platform to see and experience the past, and more importantly understand the value of our state’s history.