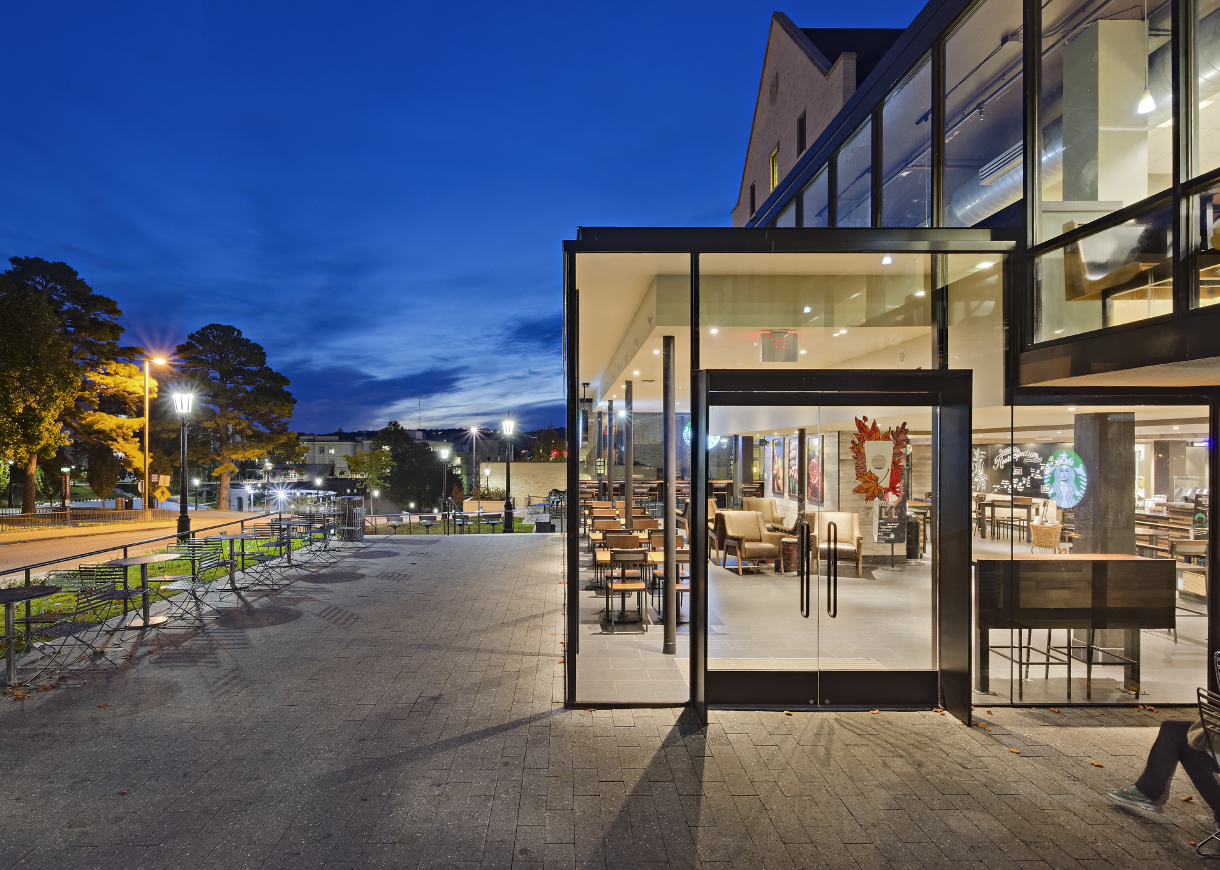 The location of an overcrowded and undersized Starbucks became the impetus for the design of an expansion that captures space from an adjacent busy plaza. The existing coffee shop located in the corner of Brough Commons - a low 1950’s era dining facility on the University of Arkansas’ Fayetteville Campus – was dingy, low ceilinged, crowded, without adequate queuing area, and in need of remodel and expansion.
When the potential for expanding into the surrounding plaza was first considered, the desire for just a longer queuing line quickly gave way to a grander vision. The project began to take form as a light filled space that added vibrancy to the hustle and bustle of the coffee shop, as well as a space that tapped into the life and energy of the larger urban scale of the immediate campus.
By pushing past the confines of the existing concrete structure, cold storefront walls and low ceilings, the objective became to integrate the coffee shop into the surrounding plaza. Through mindful detailing of how sky meets roof, roof meets wall, and wall meets plaza, the heavily travelled campus paths merge with those of the coffee shop. In this way public spaces were created that celebrate seeing and being seen.
Brough Commons is a worn international style building where some say that less really is less. But when the language and careful detailing of international style architecture are combined with a busy coffee shop and a simple plaza, less is made into much more.