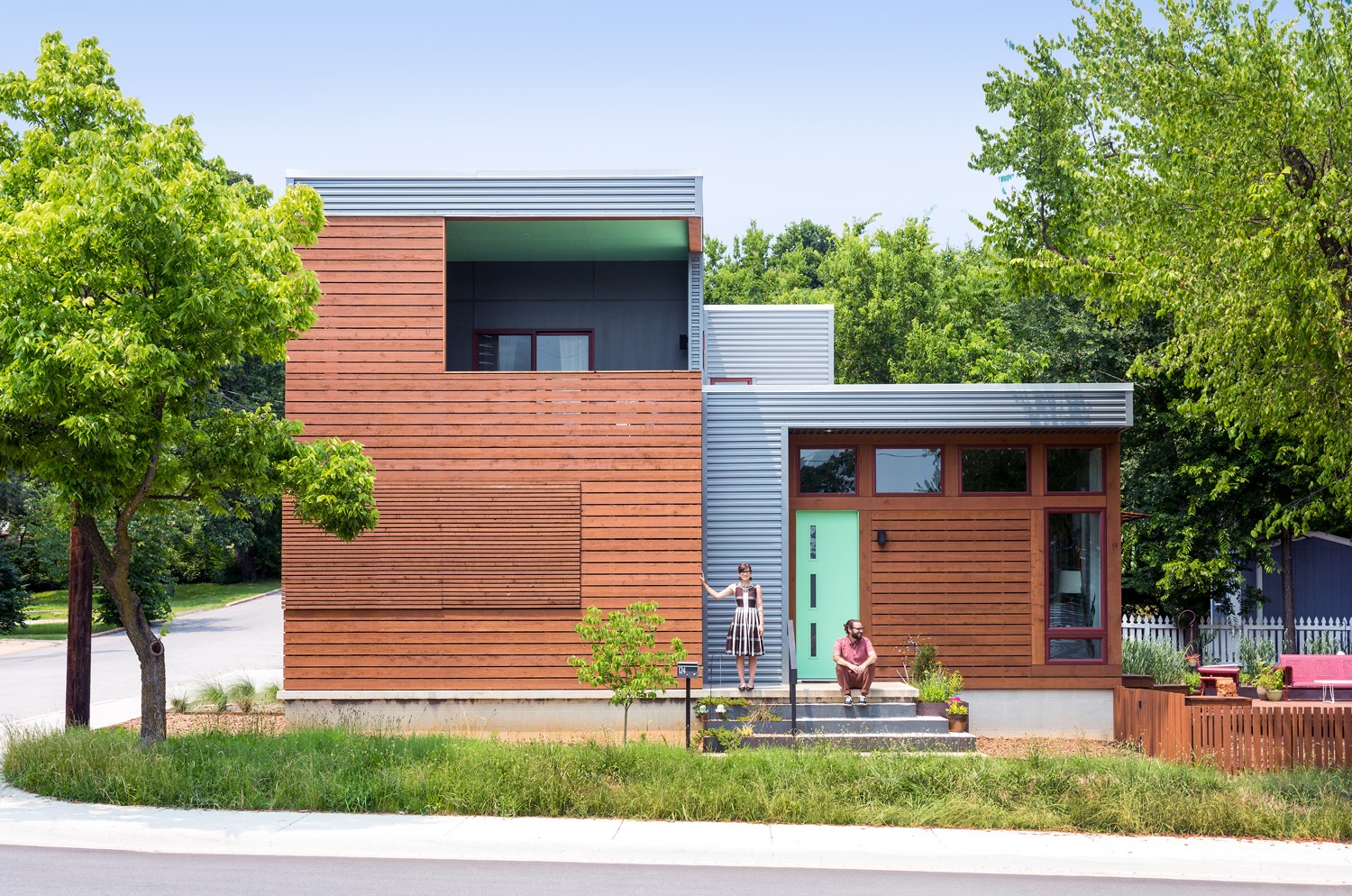 This is a first house for an active thirty something couple, who snagged two prime lots within blocks of the Square where he manages their retail business. Additionally, it is near the bike trail system, fitting their marathon and running club activities. In the beginning, they described a home that would relate to Ashley's childhood exposure to Ralph Haver, architect in the Phoenix area where she grew up, as well as one that would fit with their interests and lifestyle, as described by Brian, one that would feel comfortable entering after running ten miles. Ashley works from home as a librarian, buying for collections across the nation. During her work travels, she shops for vintage furniture for her home, as well as scouting for new designers to feature in their retail home and gift stores.

The design process benefited from design savvy clients and the challenge to keep size and building cost down. The 1,656 square foot home includes three bedrooms (one designed as an office, convertible to a bedroom if sold) and three full baths. Although they owned two adjacent lots, the decision was made to build on one and use the second only for outdoor living, allowing potential for future building development of the second site and beneficial to the appraisal process. During preliminary design, the commercial lot across the street was for sale with some rumor of a social services use. The presence of commercial neighbors in front and busy retail to the east influenced the design of the front porch slat screen. The privacy screen integrates a custom counter-weighted 'shutter' on the ground floor and two hidden doors that allows for an open or closed condition. Also, a west facing street facade influenced apertures, characterized with horizontal band of high windows to day light baths and primary bedroom while minimizing western heat gain.