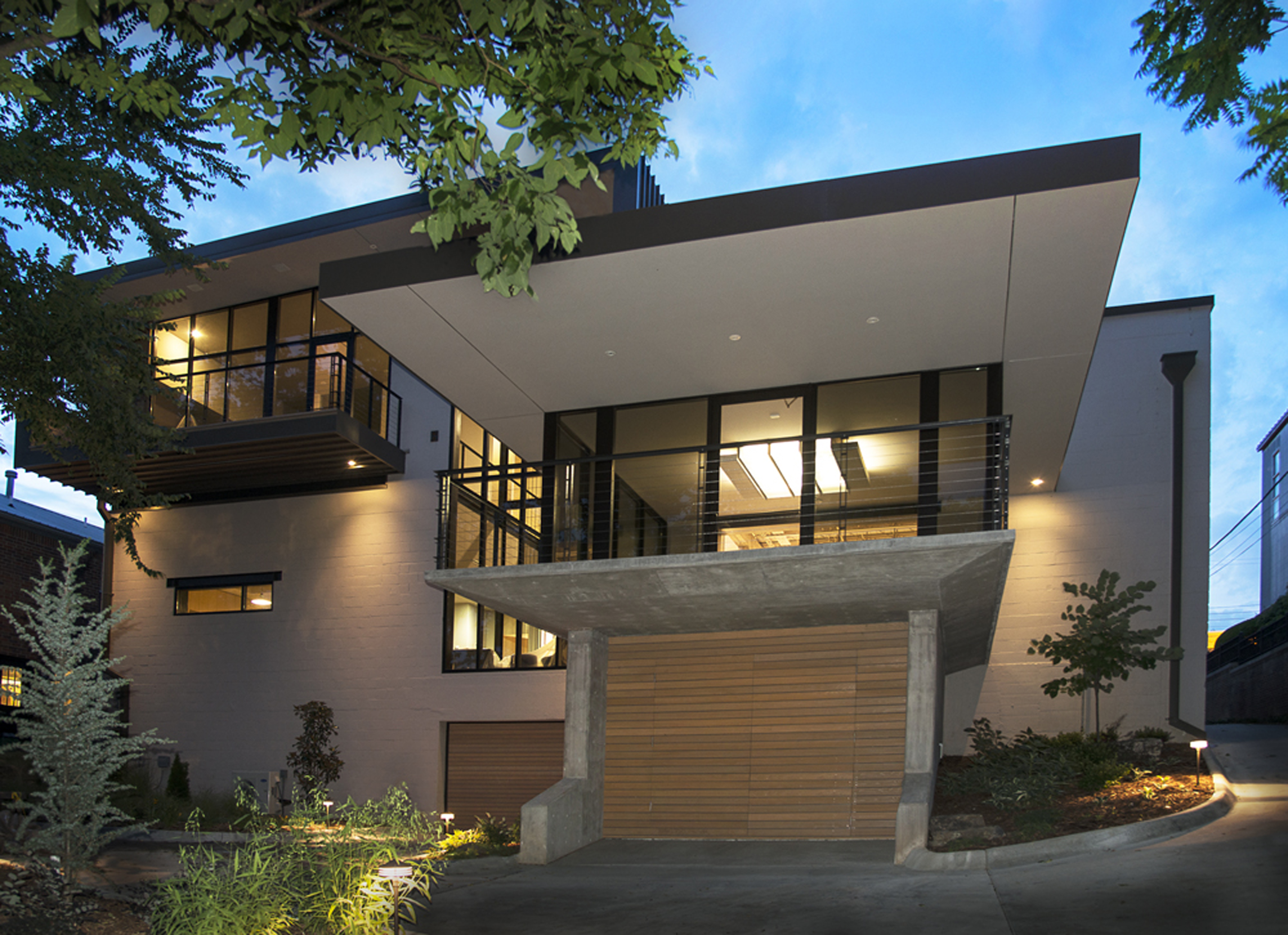 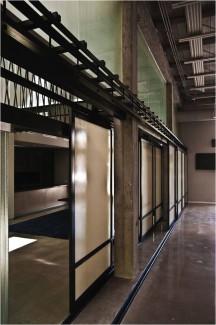 Built in 1955, 315 W. Mountain St. was first a tire store, then a restaurant, and after an extensive renovation has found new life as a mixed-use facility. The new program called for office, exhibition / multipurpose, and residential components. Offices were placed near the entry, exhibition where the primary service garage had once been and residential to the rear where it would be more private.

The design concept envisioned combining Mid-century Modern and Industrial elements, existent in the original, with a more contemporary aesthetic. Hints of the far East were also infused to complement the owner’s collection of Asian Art and Artifacts.

While the entire non-structural interior of the building was gutted, the footprint was not altered. All of the original brickwork was preserved including corbelled brick columns. Sloped glass, another signature detail was highlighted in a corner bay window. New window and door openings were cut and then framed with plate steel jambs and wide flange headers. Bar joists were left largely intact and exposed except for the Southwest quadrant where the roof was lifted to provide for ample headroom in the loft bedrooms.

A primary design intent was to enhance spatial interconnectedness in both plan and section. Overlooks from the loft, movable panels that allow the redefinition of spaces, and architectural elements such as the monumental stair help separate public and private functions without using walls as barriers.

Adaptive reuse, LID site planning, and numerous energy conservation strategies have produced a building that works as well for the environment as is does for it’s owner.