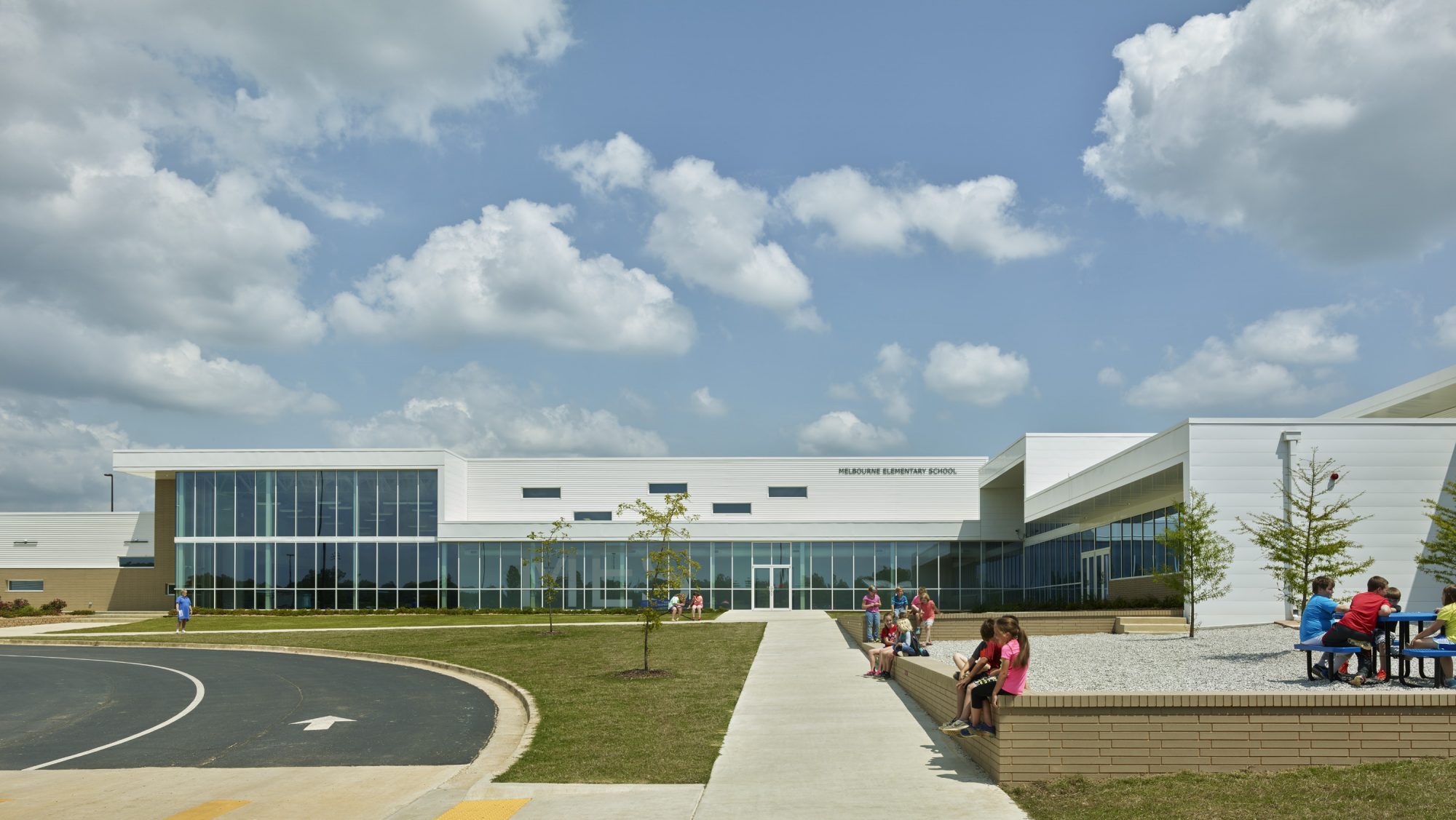 Melbourne Elementary is a “Celebration of New Beginnings” for a rural community in Arkansas. Drawing inspiration from the agriculturally terraced hillsides of the region, the articulated roof forms move with the land and allow light to penetrate. The project is crafted as a series of uplifting and inspiring spaces built with very economical means. 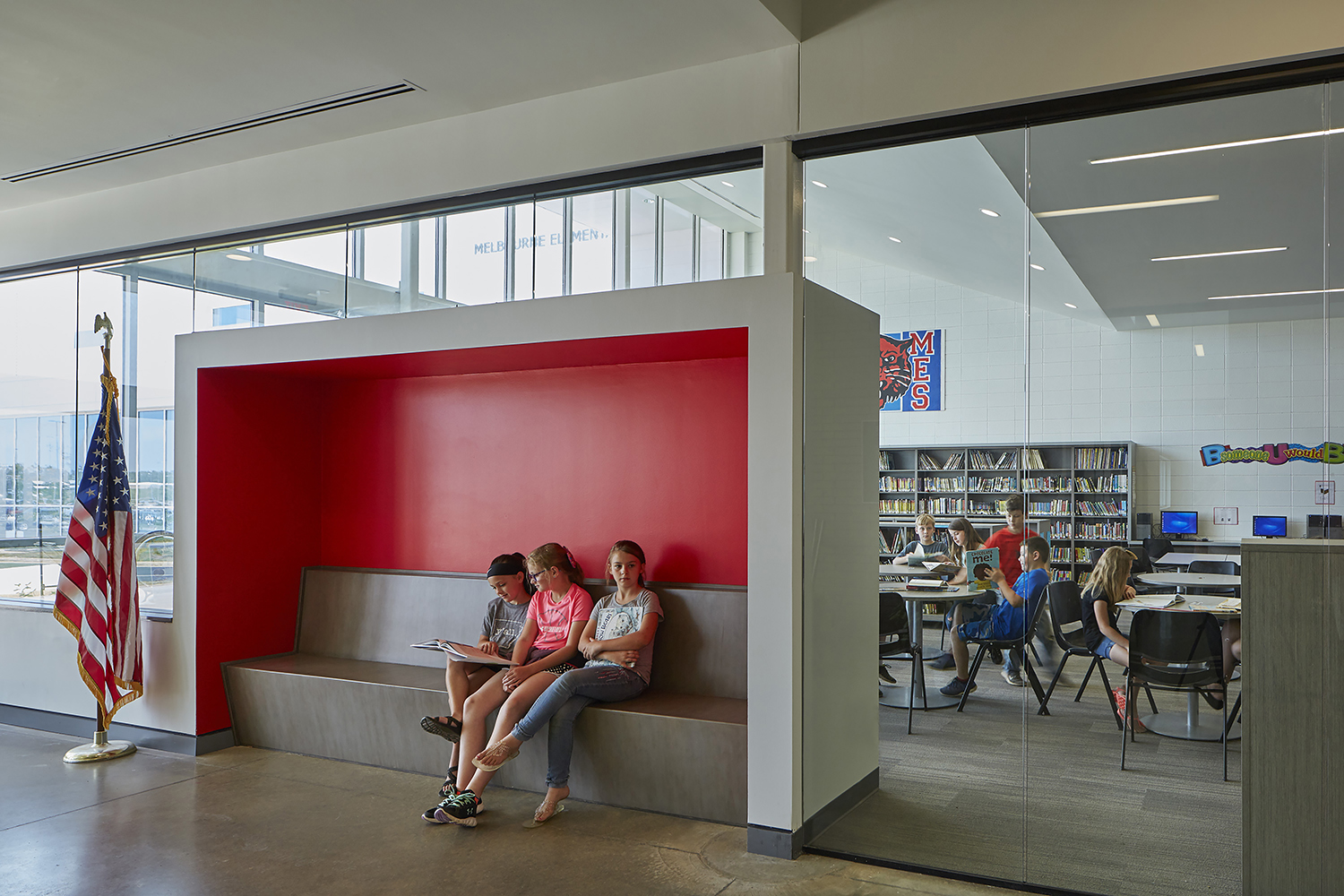 The Melbourne Elementary School is an expressive new facility for a small rural community in the north-central region of Arkansas. Drawing inspiration from the agriculturally terraced hillsides of the region, the articulated roof forms of the school move with the land and allow light to penetrate corridors, classrooms and assembly spaces.

Straying from the mundane and all-too-common pre-engineered metal building typologies that often plague rural school districts, and even this existing campus, the project is crafted as a series of uplifting and inspiring spaces, constructed with very economical means, capable of reinforcing the prospects of quality education in lieu of simply providing square footage.

The new K-6 elementary school on the campus is a “Celebration of New Beginnings” and hosts upwards of 500 students for the growing school district. Beyond classrooms with ample daylight, the project also includes a large cafeteria, multi-purpose facility, special education classrooms, and a new library media center for the student body. The primary spaces are programmed to be destinations and visual beacons inside and out, as they identify clear entry and embrace the organization of the campus around the existing infrastructure.

The simple material palette is a fresh interpretation of the existing campus, rooted in warm earthtone brick and punctuated by striking white roof and wall forms. Ample glazing and large doors hierarchically define flexible assembly space for the entire community to use.

Exterior spaces for playgrounds are carved and protected around the building. These simple spaces become bright backdrops, animated by the students that use them for play and exploration. 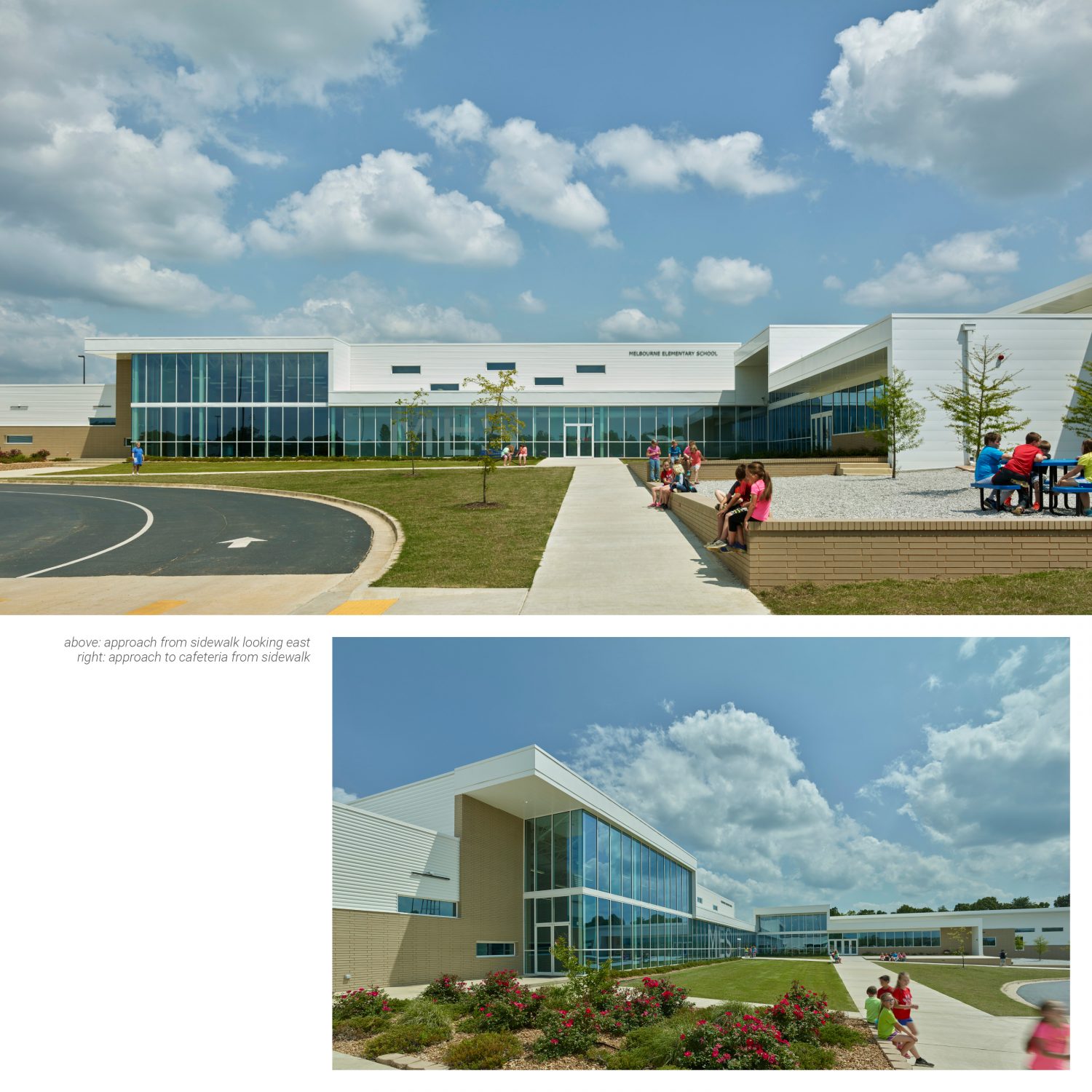 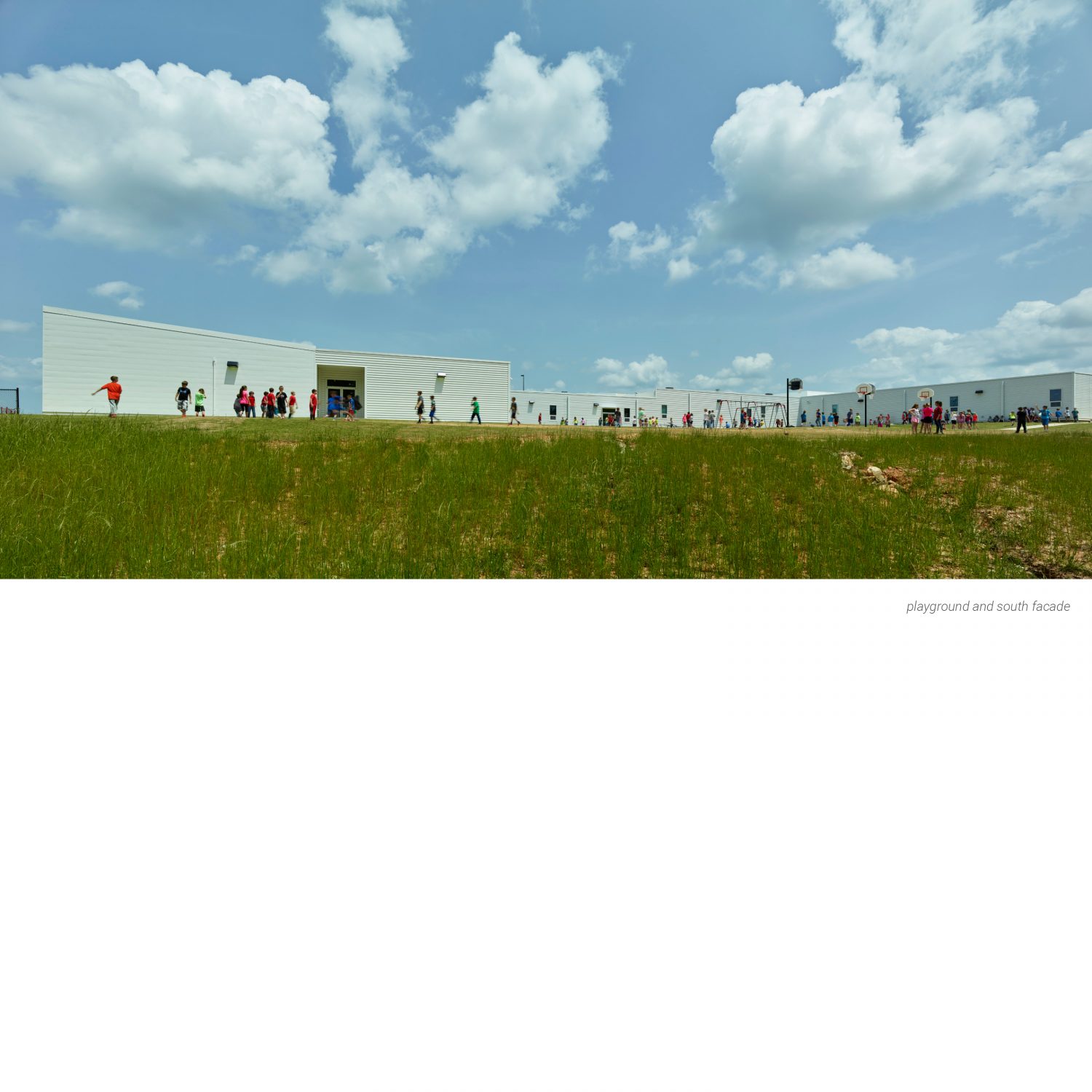 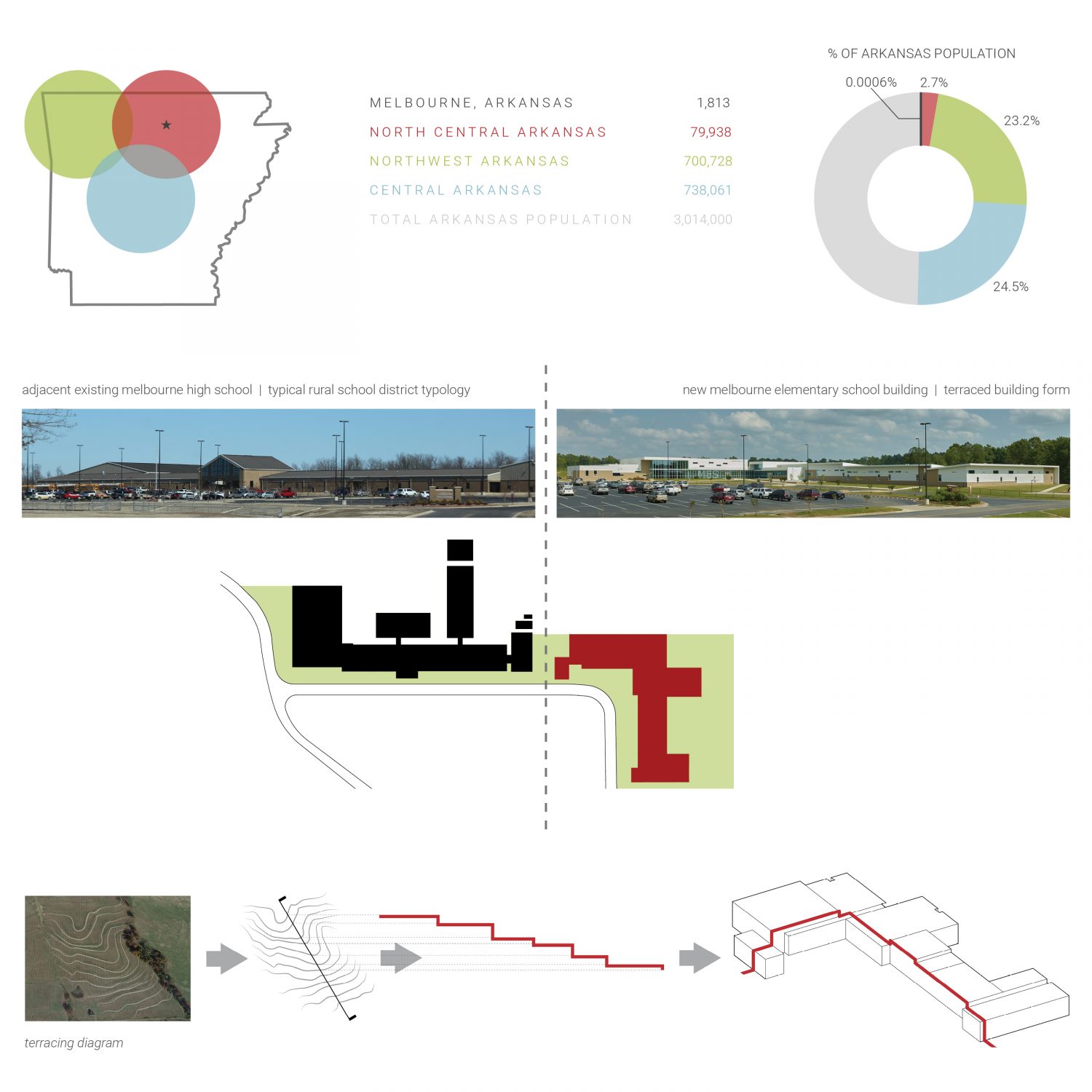 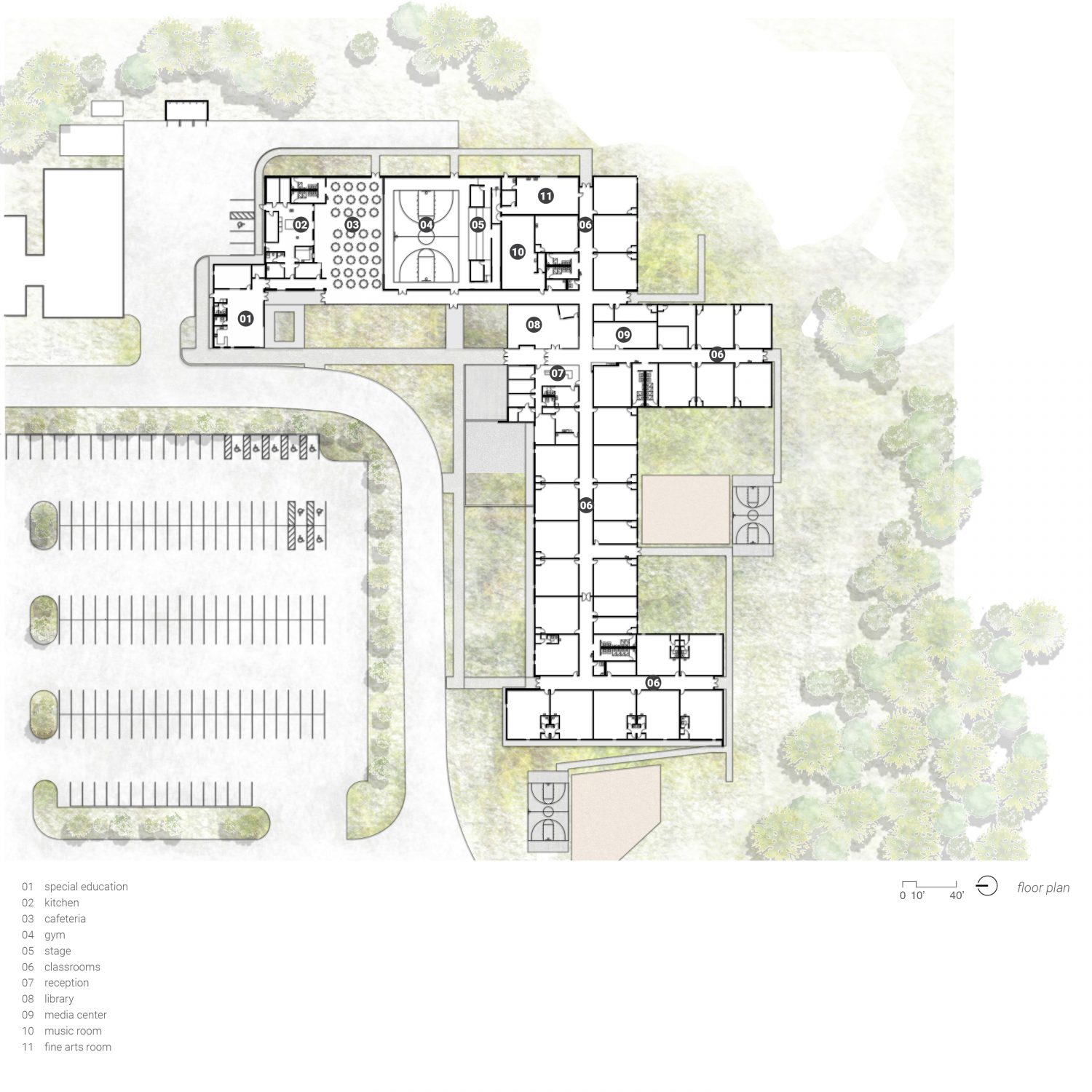 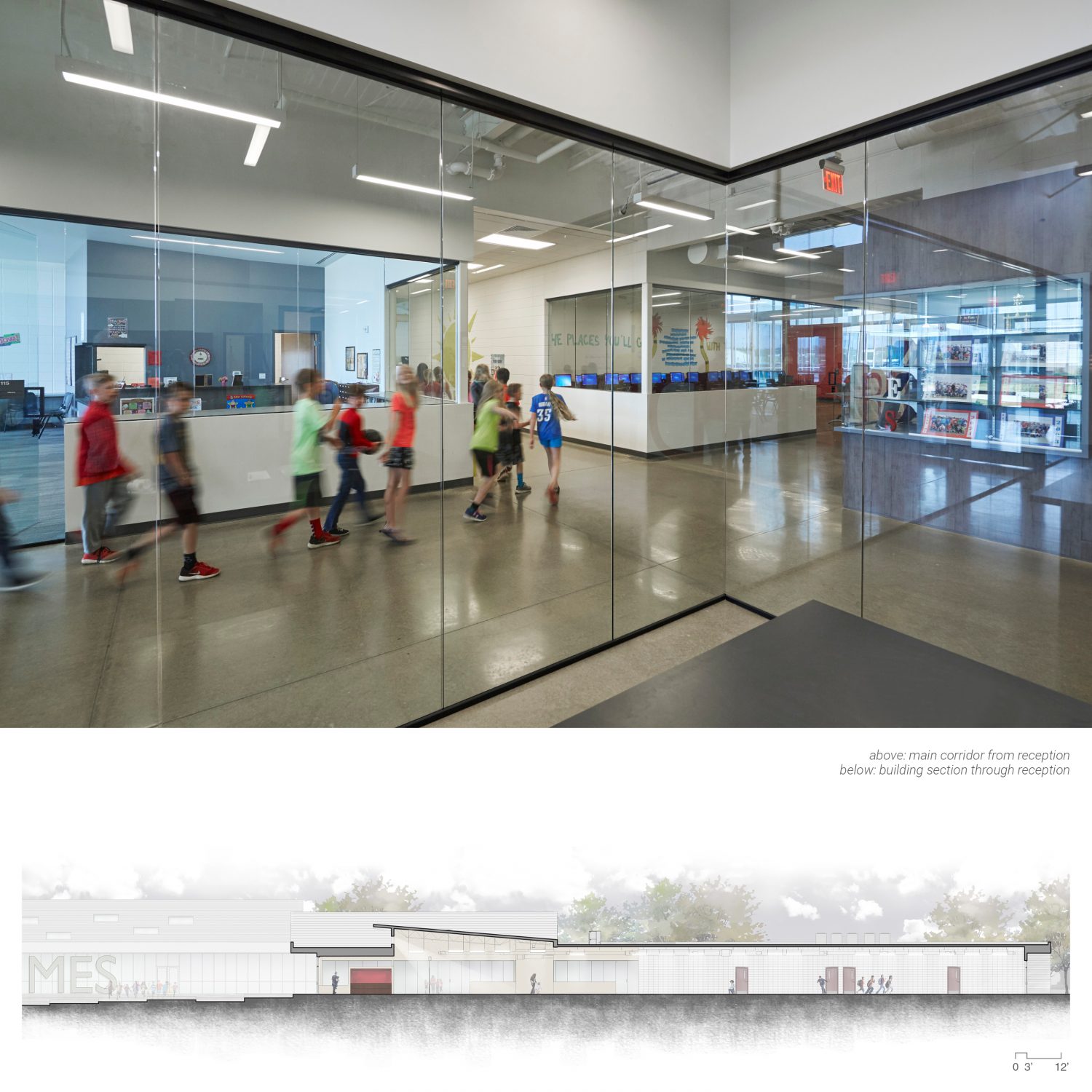 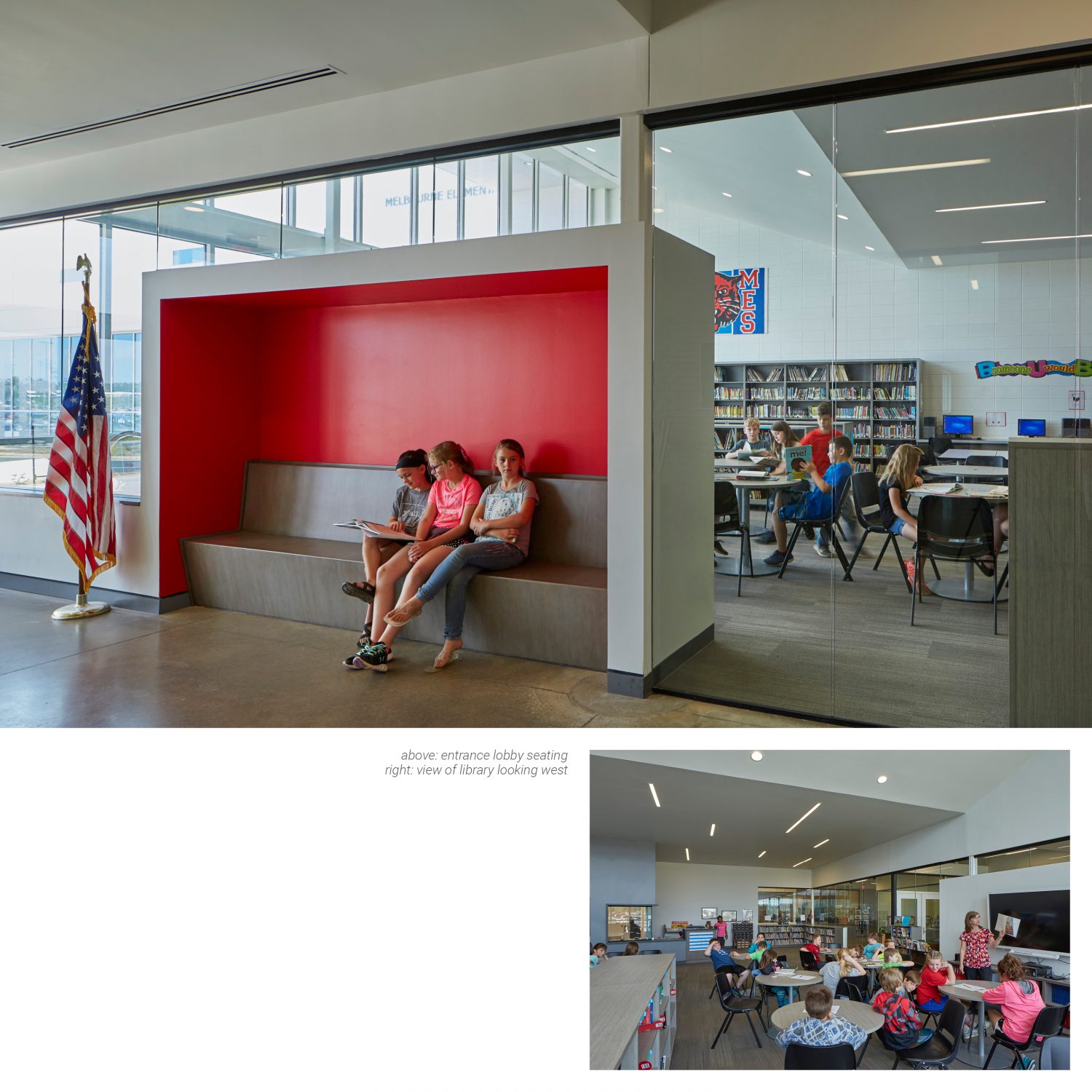 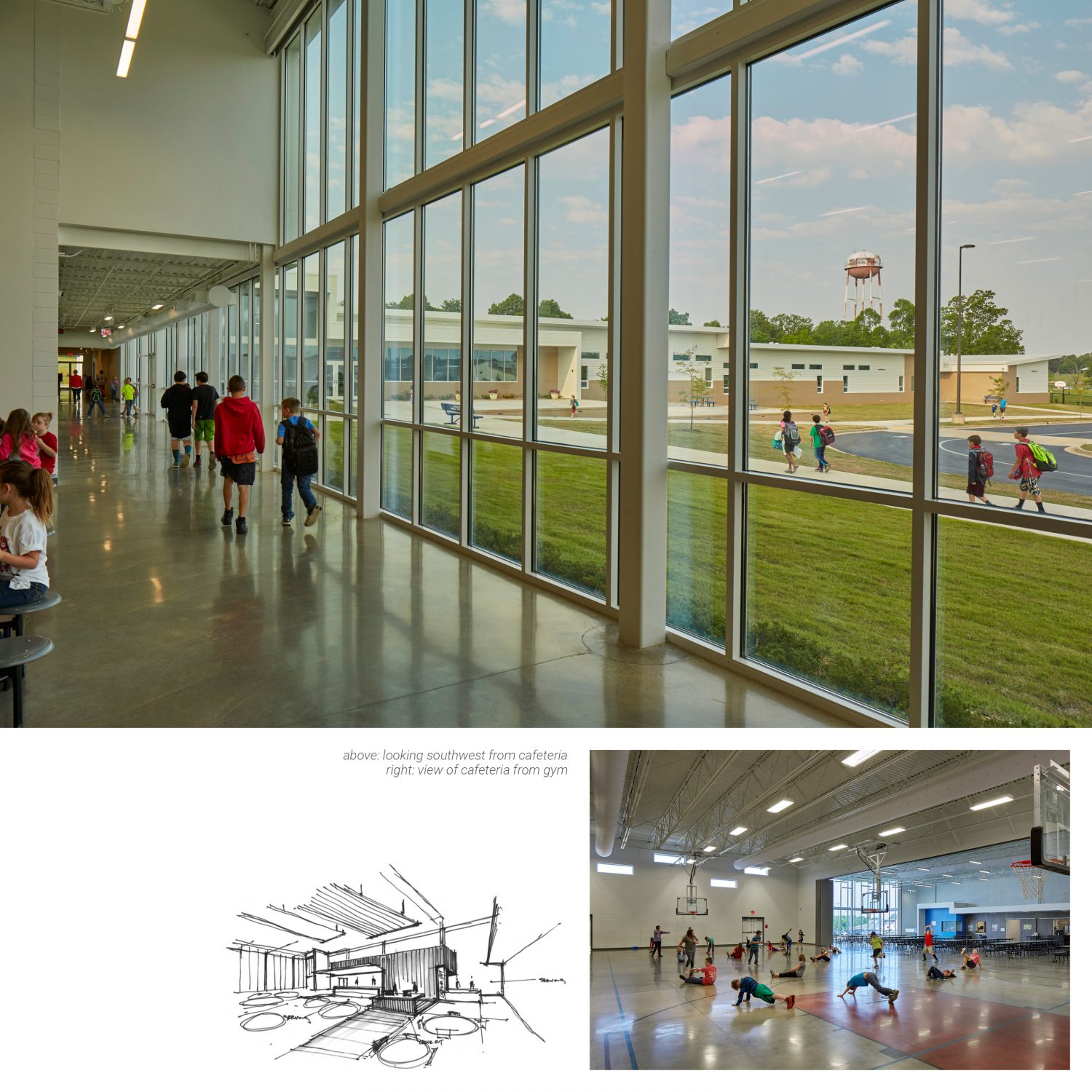 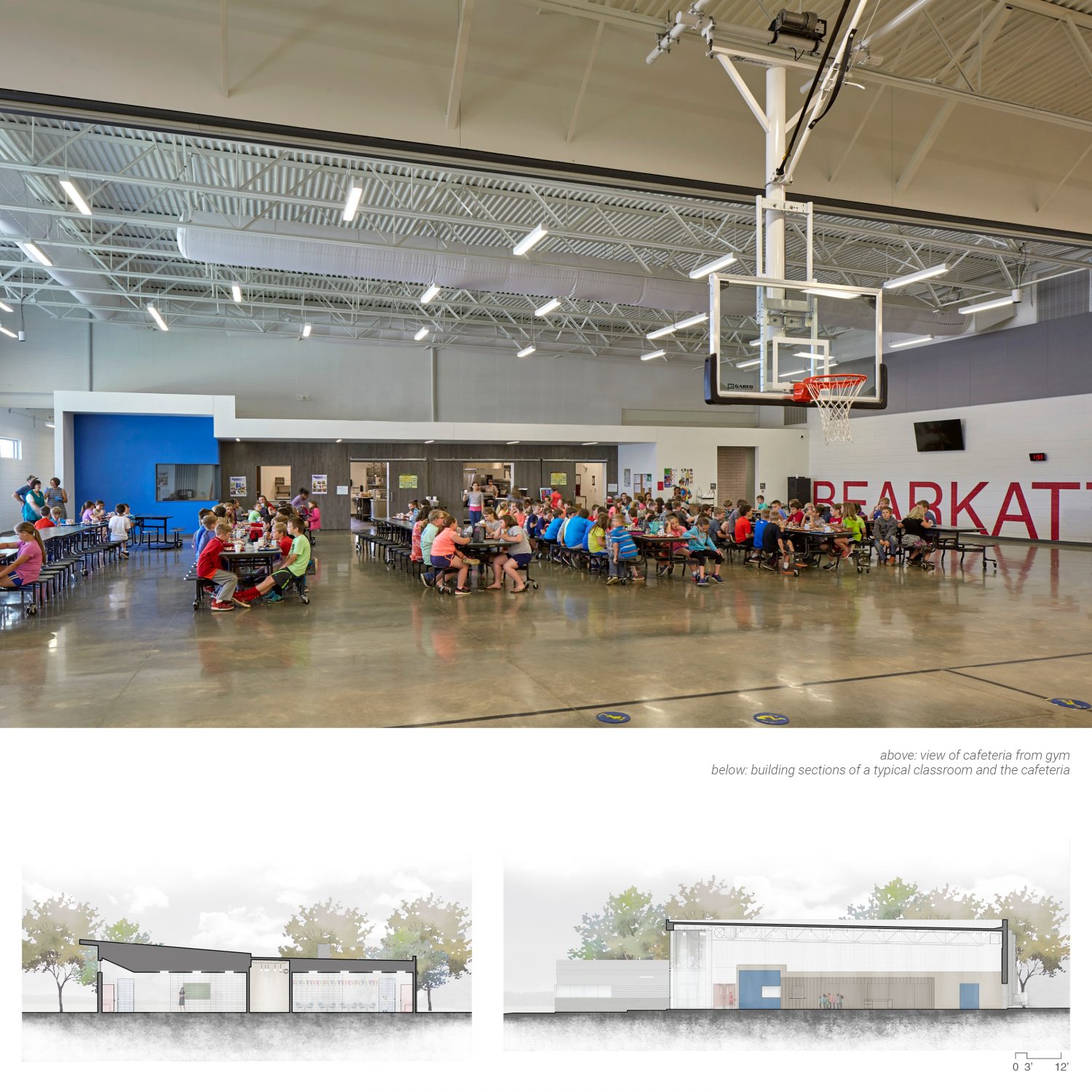 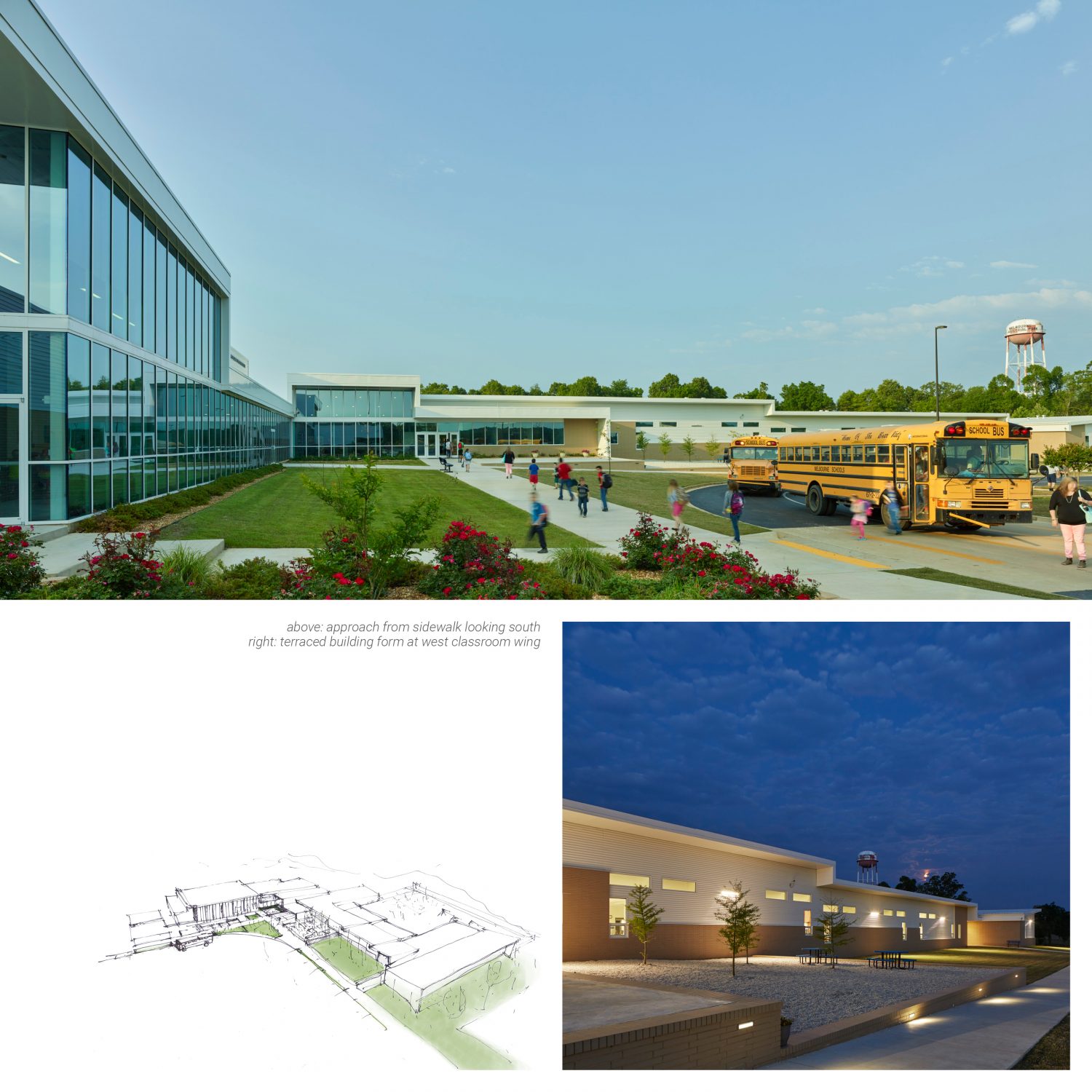 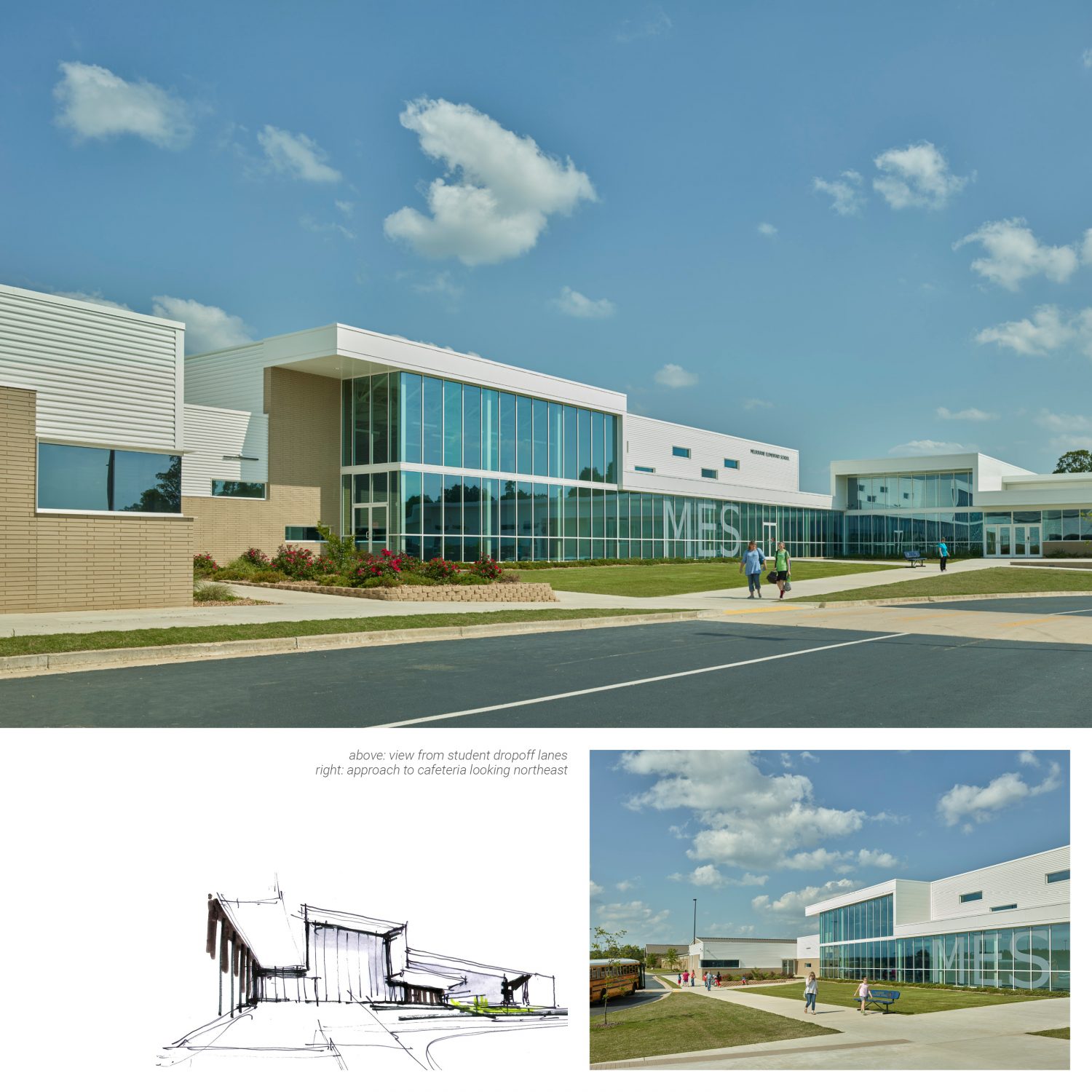 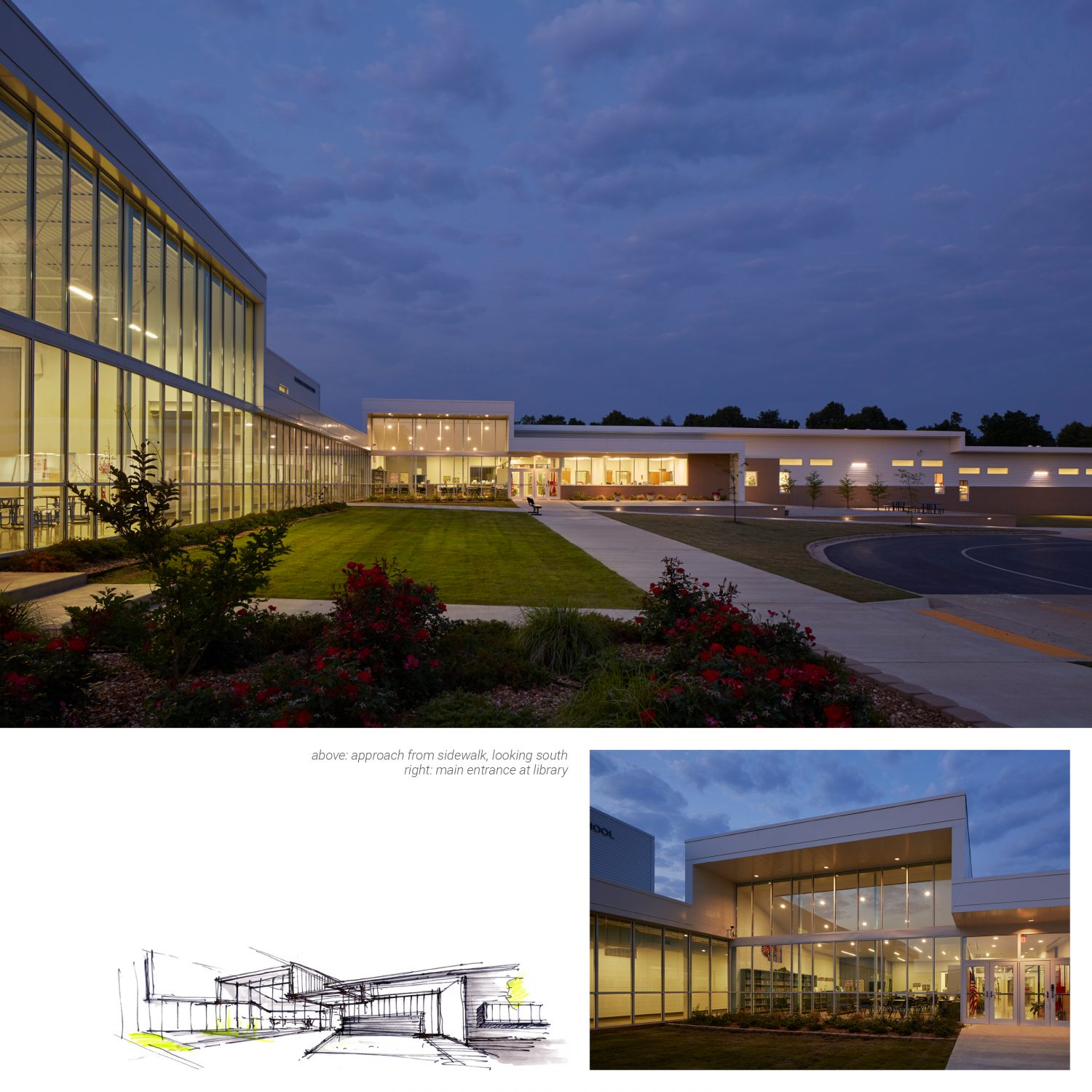 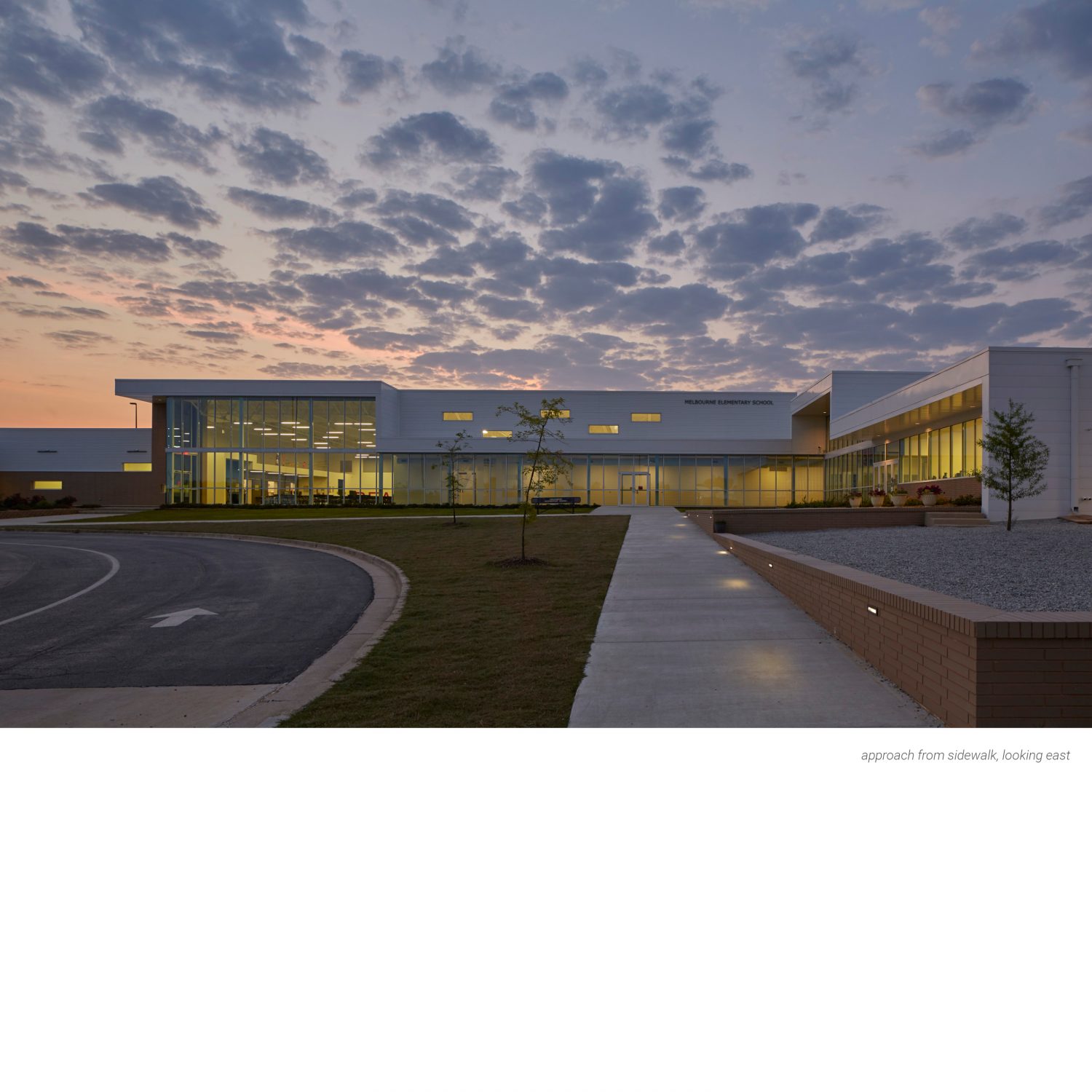