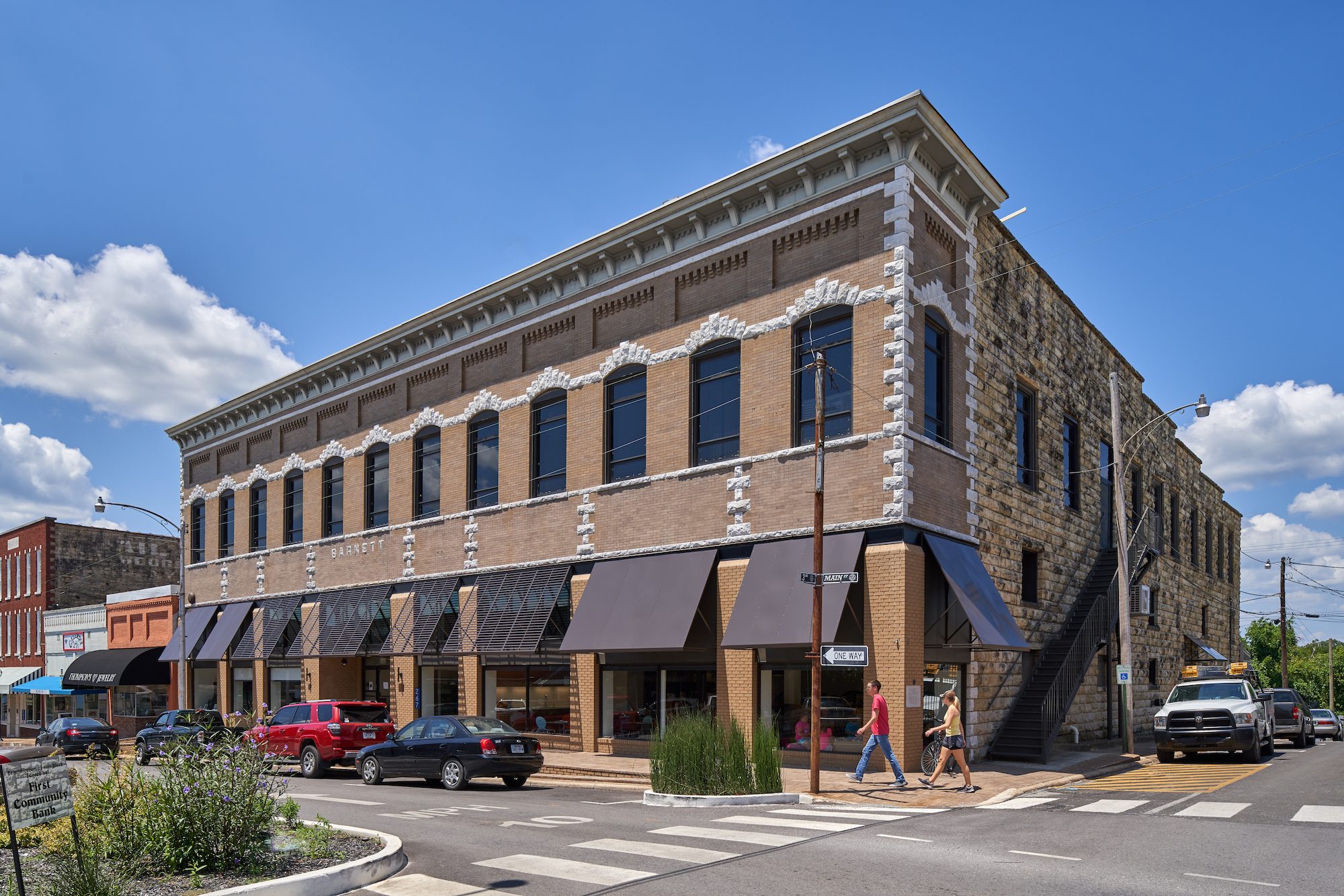 Since 1948, the Independence County Library has been serving the area in and around Batesville, Arkansas. Renovating the historic, downtown Barnett Building as their new home, their rich history takes root in this iconic structure, while utilizing modern design to expand services and programs for their patrons, providing a “Living Room” for the community. 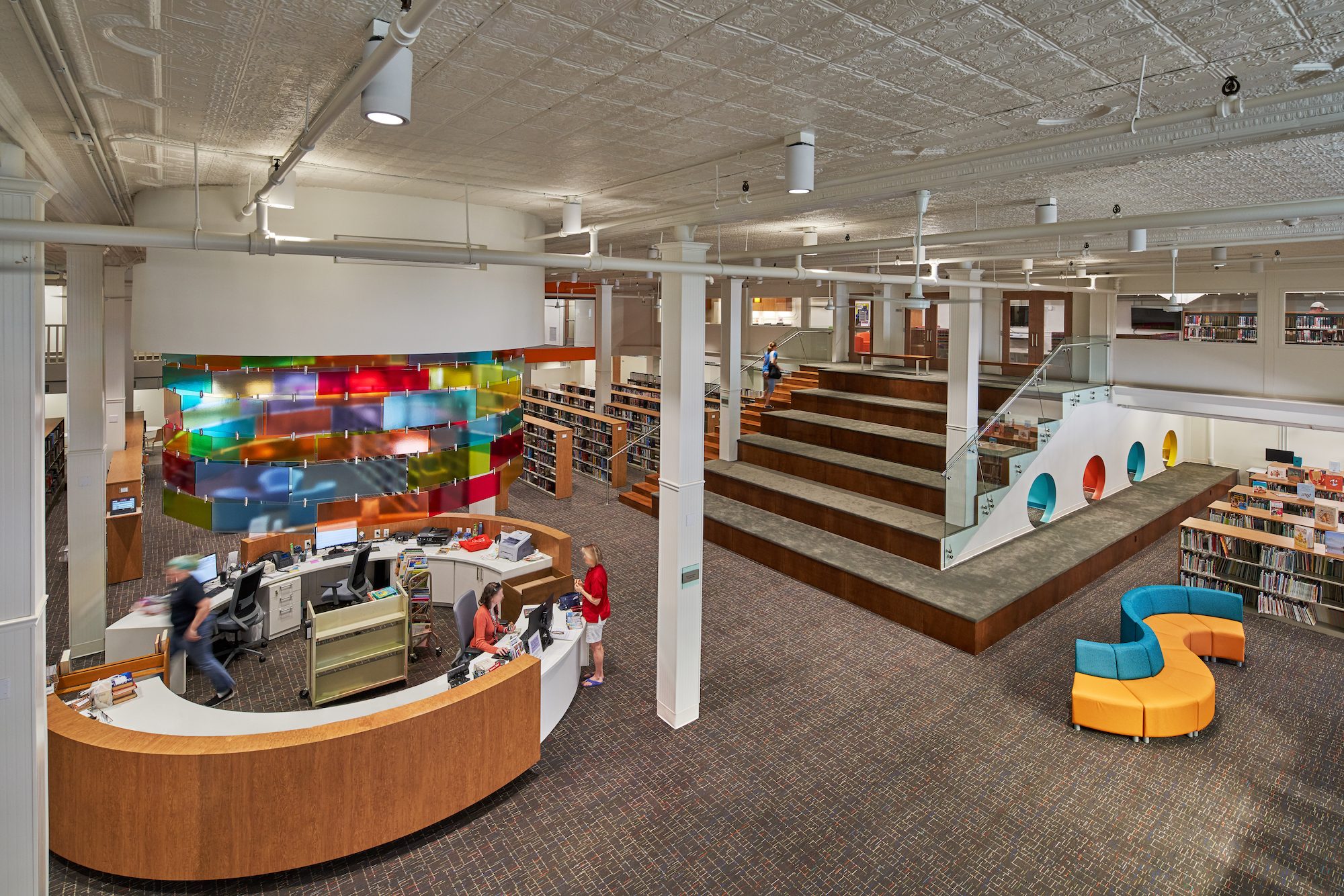 Built in 1903, the three-story, masonry building anchors the east end of Main Street in downtown Batesville. While the two lower floors are now dedicated as the Library’s new home, the third floor is an event space managed by the City of Batesville, sharing parking and building access. The Library’s main stacks spaces at ground level are open to the second-floor mezzanine ceiling above, surrounded at the perimeter by the second-floor mezzanine balcony which overlooks the first floor below, this configuration having served well when originally constructed as the Barnett Brothers Mercantile Company.

With a combined 22,000 SF, our challenge was to conceive a design which incorporated the Library’s ambitious “wish list” which could be overseen by the Library’s small staff, enabling them to provide the services and programs modern libraries are now offering, such as Computer Labs and Training, Genealogy Studies, separate areas for young Children and Teens, a Café and socializing areas and Community Meeting Rooms, in addition to the traditional library stacks and administration spaces, fulfilling the Library’s desire to be the “living room” of the community.

Previous renovations had seen odd additions and an exterior canopy added, as well as original entries and window openings covered and closed, all combined resulting in a dark, drab and depressing interior. Bringing natural light back to this space was the foundation of our design, arguably the most important organizing factor of the program, informing the location of program elements and their access to this re-found light. 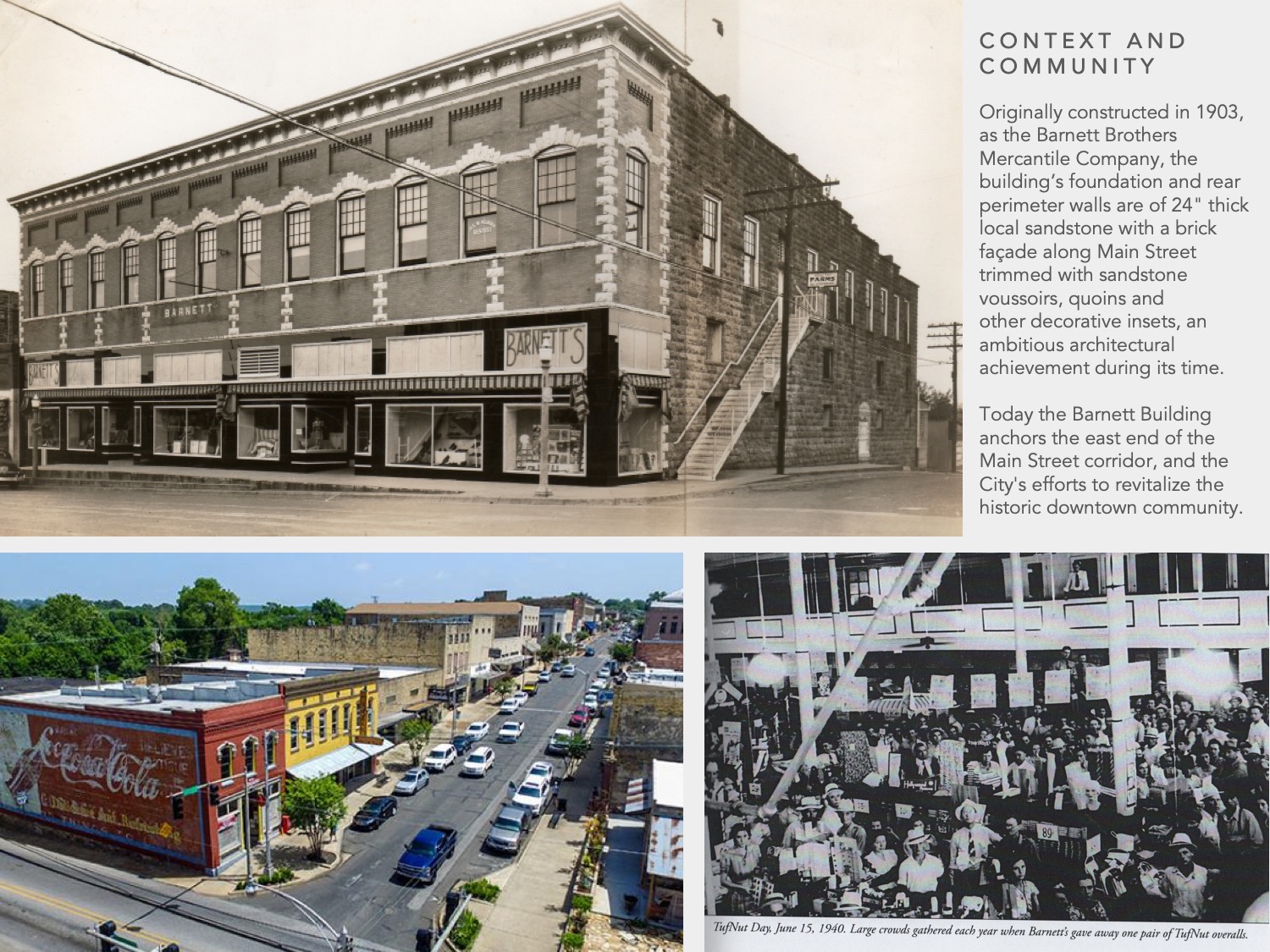 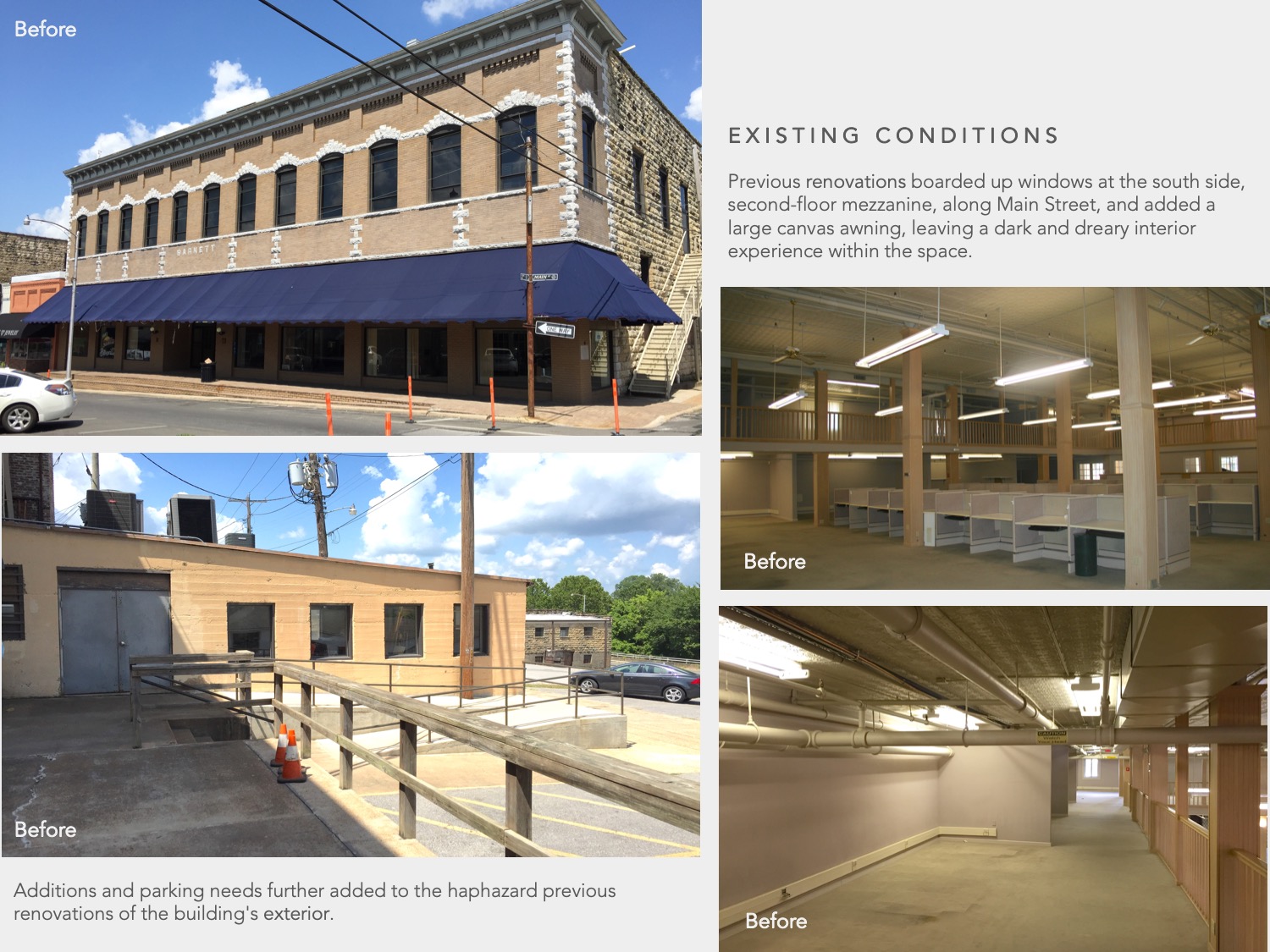 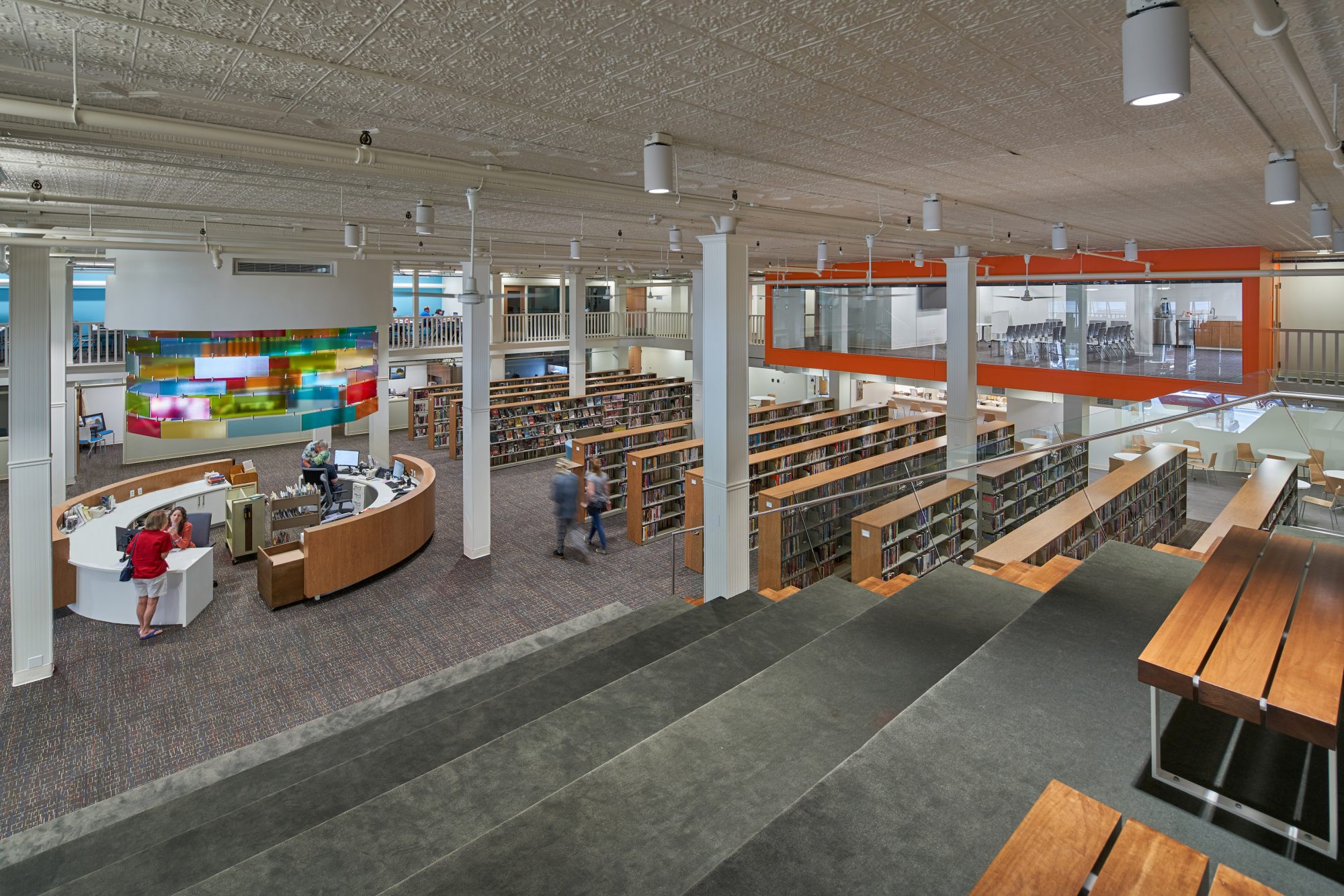 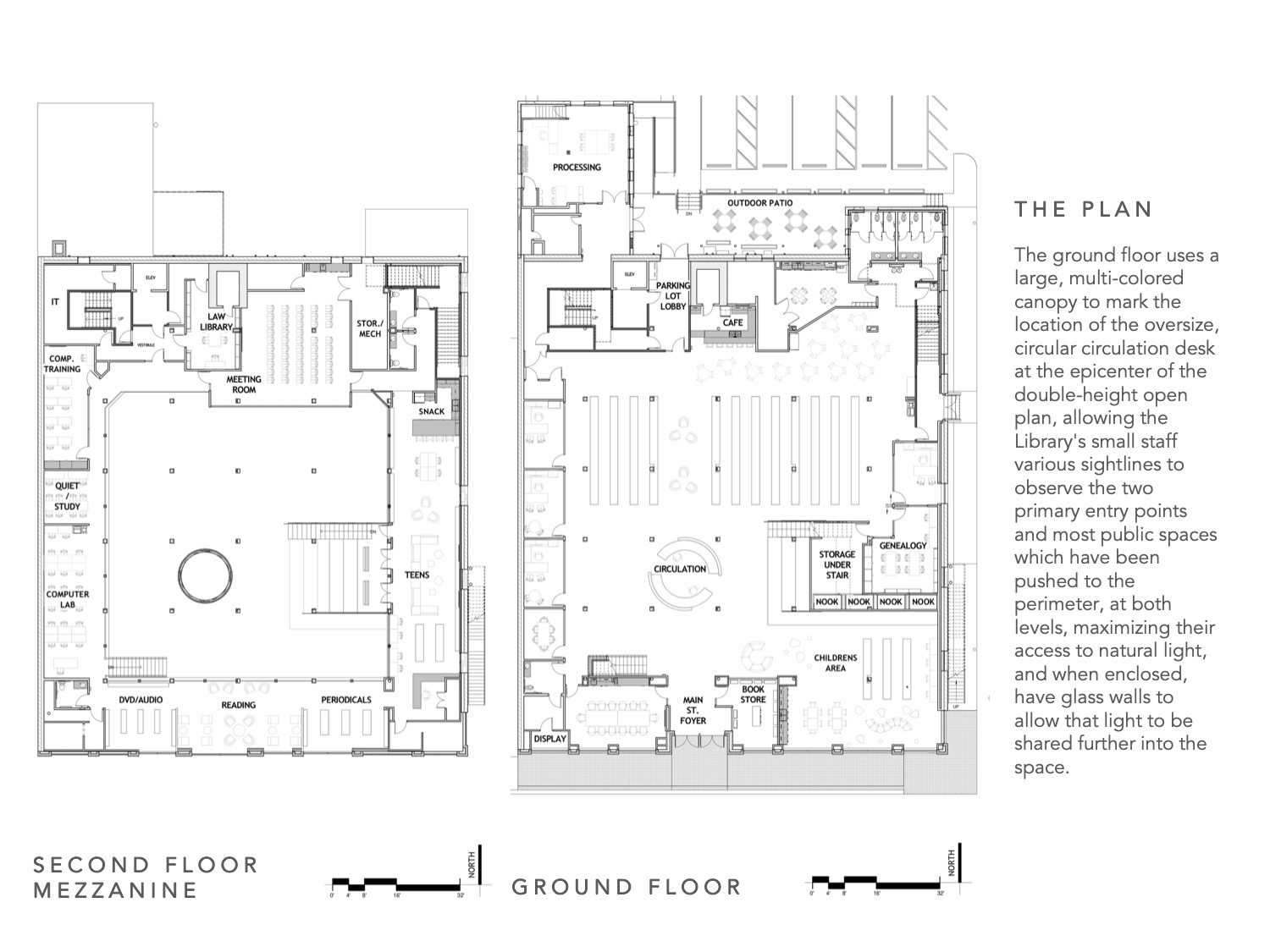 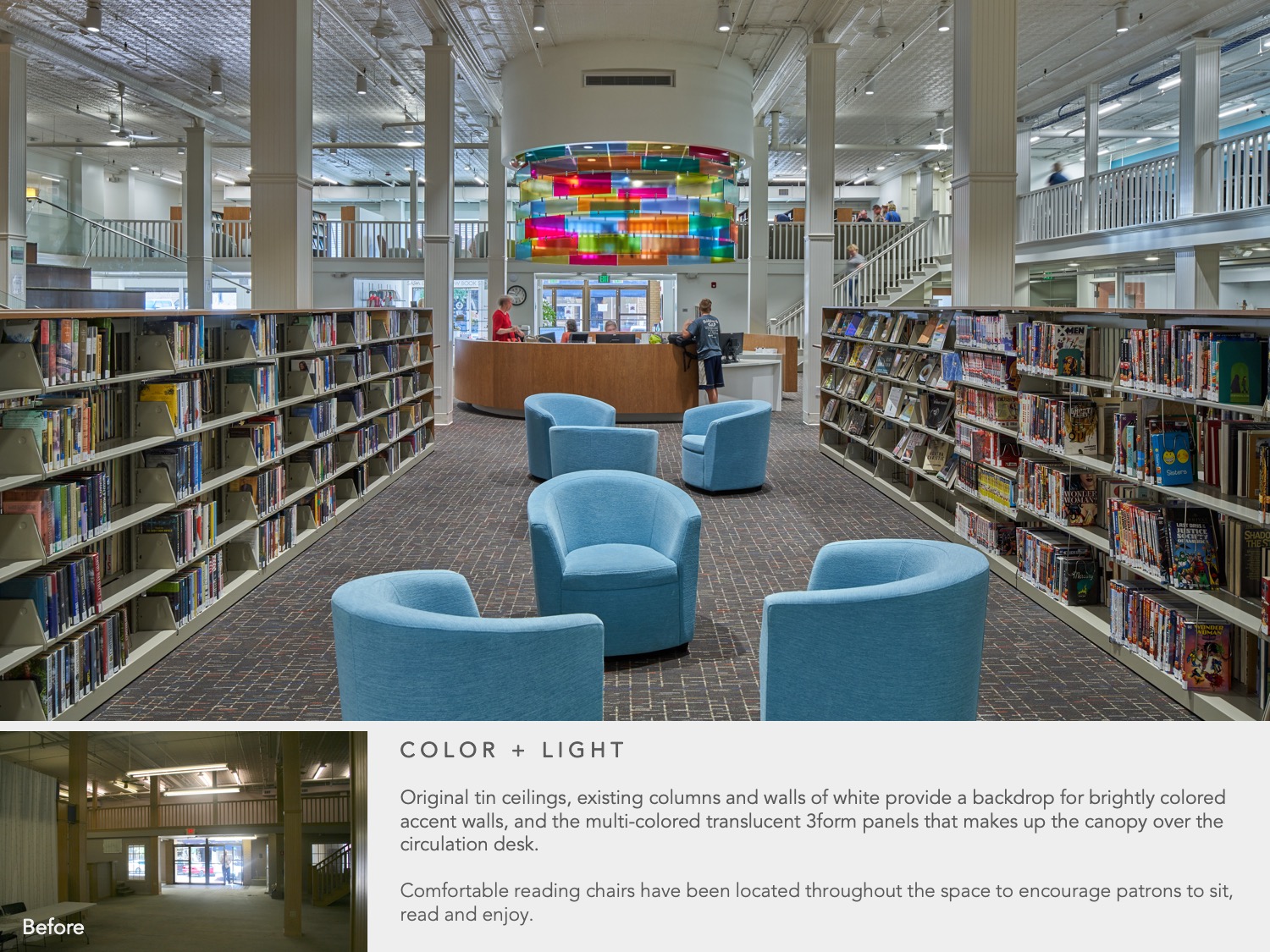 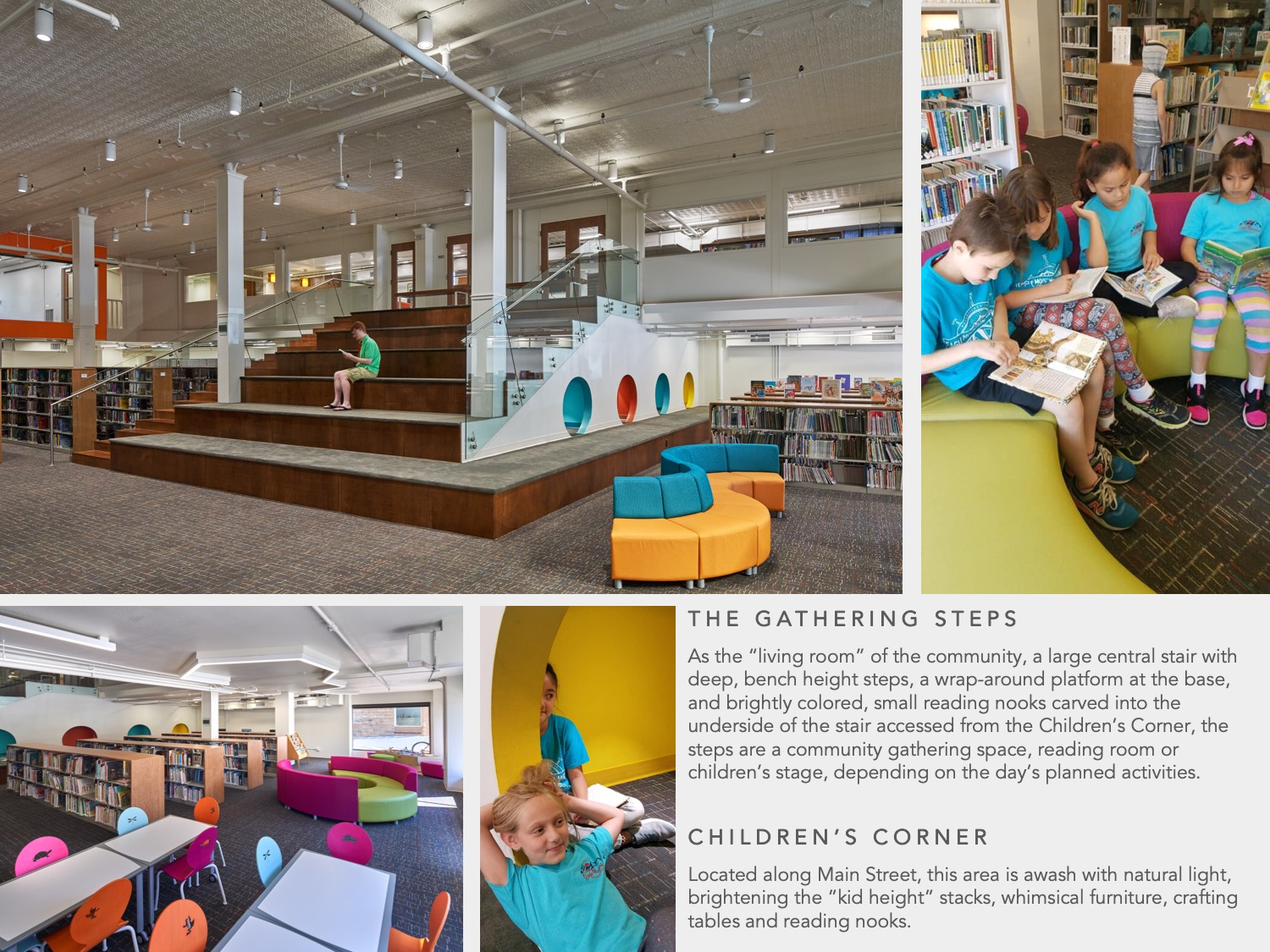 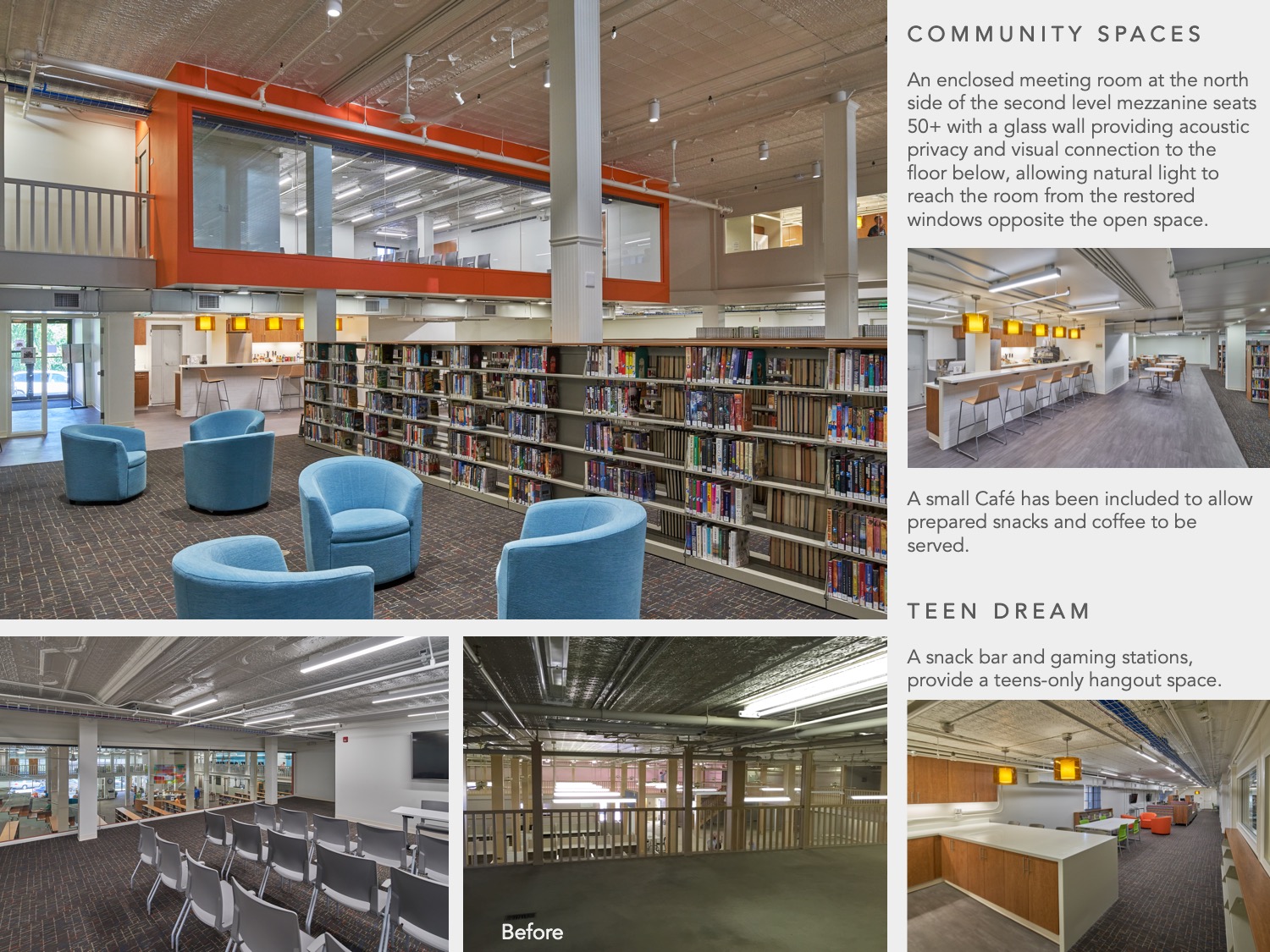 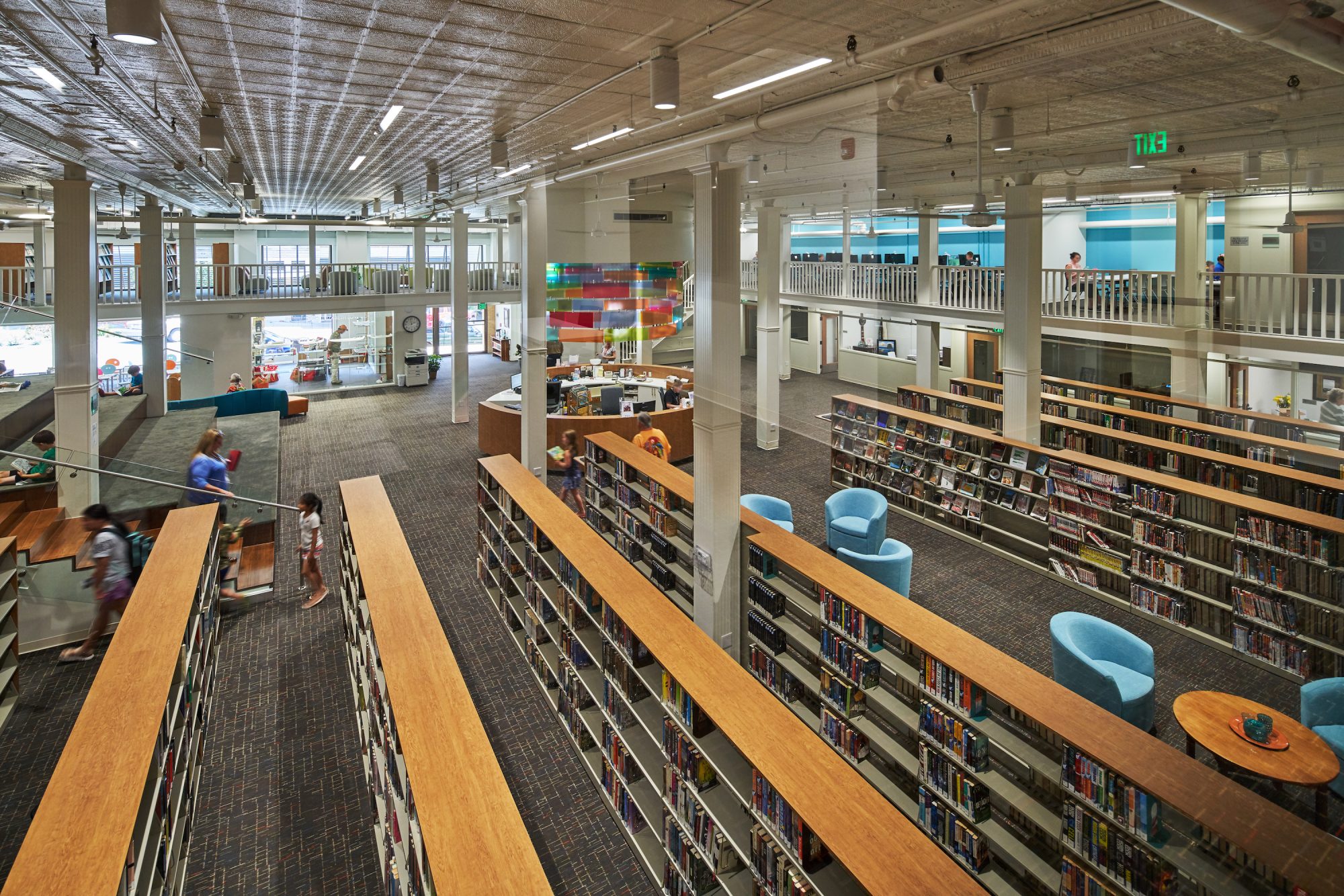 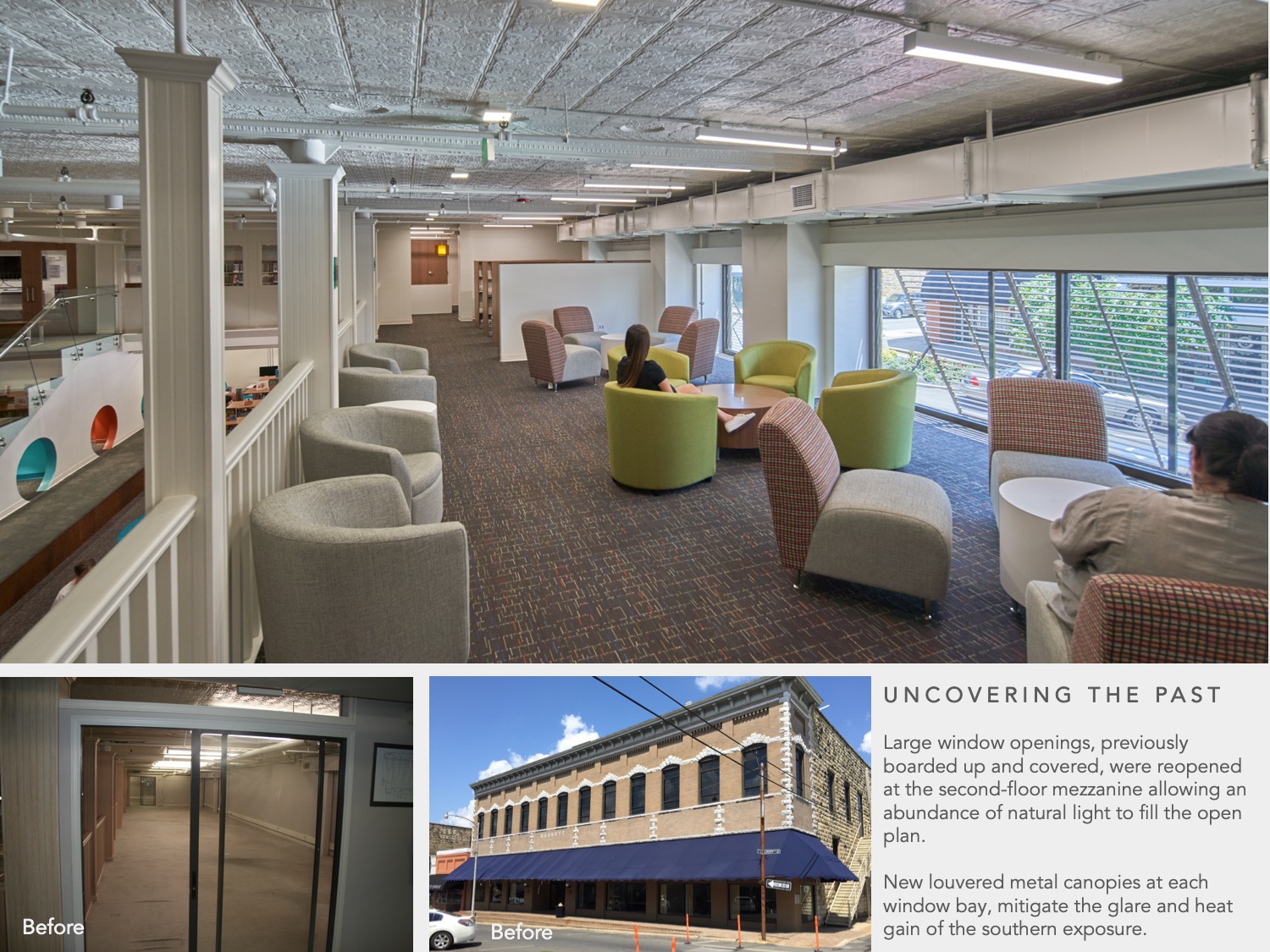 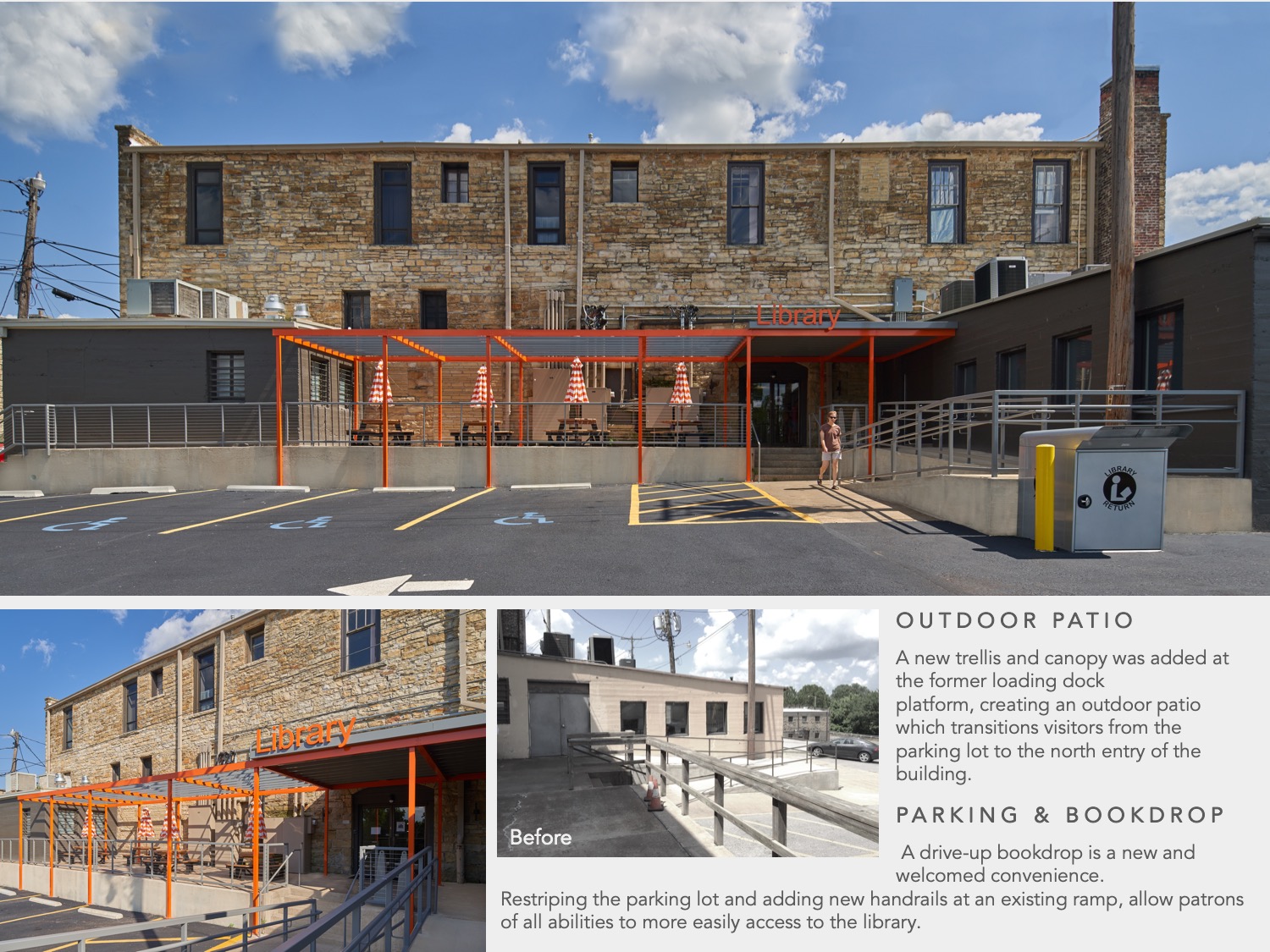 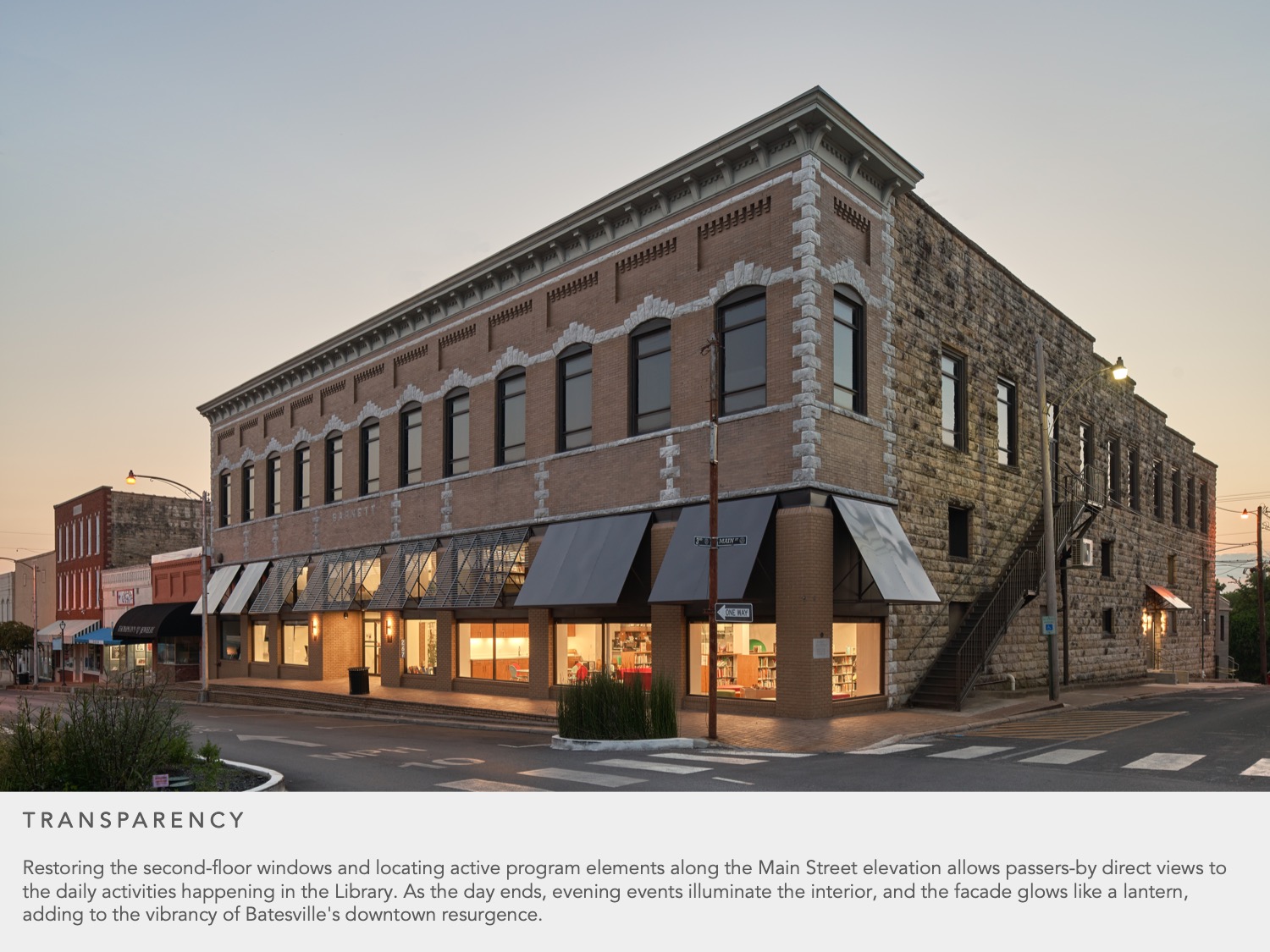